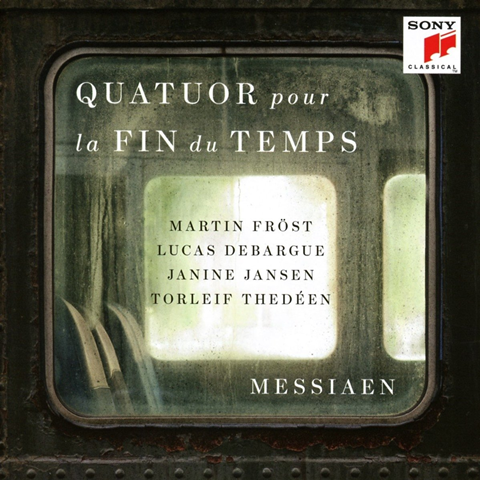 Unlike the last recording of Messiaen’s Quatuor that I reviewed (October 2017), which attempted to provide a broader context for the work, this latest release comes unadorned. But what it might lack in value for money (at a mere 48 minutes of music) it makes up for in the polish and freshness of its musical qualities. This is no mere assemblage of disparate star performers for a recording project, but a group of musical friends who have evidently spent many years together exploring and working on the piece (pianist Lucas Debargue is the only relative latecomer to the family).

Indeed, the result is such an ensemble performance that it feels unsporting to draw attention to any one player at a given point, despite the fact that, movement by movement, the instrumentation changes. Suffice it to say that, from a strings point of view, Janine Jansen and Torleif Thedéen excel in their ‘Louange’ movements, conveying the right degree of tender ecstasy. Martin Fröst’s ‘Abîme des oiseaux’ is breathtaking in its suspension of time and space, and Debargue excels in the ornithological filigree as much as the solid harmonic undertow. The recording captures every detail of this very fine collaborative enterprise.