A Baroque master sheds new light on a wunderkind 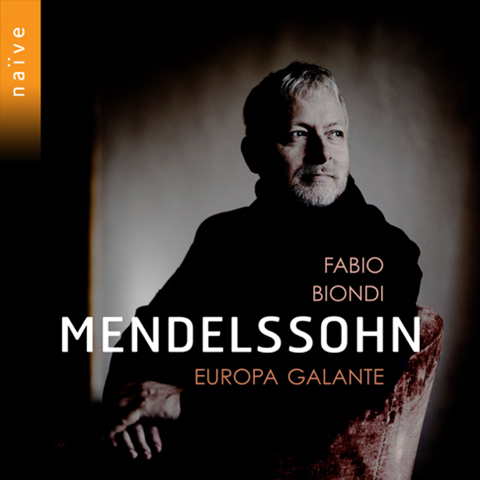 Description: A Baroque master sheds new light on a wunderkind

Works: Mendelssohn: Violin Concerto in D minor; Largo and Allegro for piano and strings; Salve regina; Three Fugues; String Symphonies: no.2 in D major, no.5 in B flat major

Teenage works such as the Midsummer Night’s Dream Overture and the Octet show how remarkably talented Mendelssohn was as a young man, but it is the very early music, including the pieces on this compelling recording from Fabio Biondi and Europa Galante, that demonstrates just how astonishing he was as a child. All these works were composed by Mendelssohn on the cusp of his teens, yet there’s nothing childlike or simplistic about this music. Rather, his mind acted like a sponge, voraciously absorbing the examples of the older music that enthused him and creating new works that demonstrated his mastery of all it had to teach him. Every one of these pieces is impeccably crafted and touchingly personal on its own terms.

The guiding spirits are audibly Mozart and early Beethoven in terms of structure and Bach in terms of contrapuntal technique. And that’s where Europa Galante and Fabio Biondi come into their own, moonlighting from their traditional habitat in the music of the Baroque and illuminating Mendelssohn’s fluency in this antique language. The use of period strings lends a softer grain than modern instruments and the recording is close enough to capture Biondi’s breaths but not to obscure the inner lines of Mendelssohn’s counterpoint. Monica Piccinini joins for a beguiling Salve regina and Paola Poncet is the fortepianist both here and in a D minor Largo and Allegro, while Biondi reveals all the vigour of the D minor Concerto. Captivating.