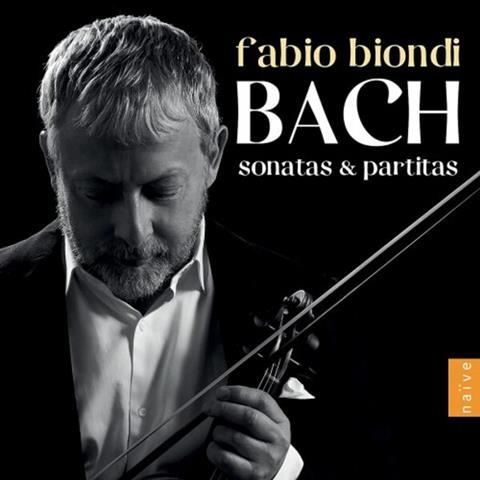 Description: Vivid performance borne of deep familiarity that lingers long in the mind

In a revealing booklet note, Fabio Biondi reflects upon his lifelong preoccupation with Bach’s music for unaccompanied violin. When listening to his recording, it becomes obvious that all the work done – both the musicological preparation and the nuts and bolts of getting around the notes – has been internalised in such a way that it can be called upon, or set aside, according to the inspiration of the moment. Biondi’s interpretation holds many surprises, the first of which to strike the listener being the great freedom with which he approaches the musical text. His rubato is applied in generous doses, to these ears to exhilaratingly spontaneous effect. Only seldom does the basic rhythm suffers from being stretched too far, for example when a chord is broken so broadly that the bar almost becomes an additional beat.

Having at his disposal a huge number of different ways of realising Bach’s arpeggiando instructions, Biondi occasionally applies them to passages usually played as chords. His approach to ornamentation is also unconventional, but it works because the embellishments are derived from the motivic material and hence fit in unobtrusively. Biondi makes convincing sense of Bach’s irregular slurrings in, say, the C major Sonata’s final Allegro assai, one of many moments – such as the deliciously lilting E major Minuet, or the moving morendo ending to the Chaconne – that linger in the mind after several hearings of this vividly recorded set.