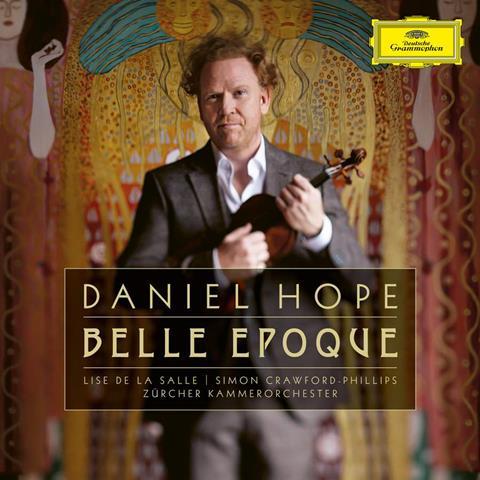 The Strad Issue: May 2020
Description: A glorious musical pot pourri from fin-de-siècle Paris

Between the end of the Franco-Prussian War in 1871 and the beginning of the First World War, Paris became the nexus point for a dazzling array of artistic endeavour, from fashion and cuisine to painting and music. This golden age, known generally as La Belle Epoque, found parallels elsewhere, which is the starting point for this fine collection from Daniel Hope, in which every piece (at least with the benefit of hindsight) feels like an emotional security blanket being clung to in the face of unstoppable social and creative forces.

This is experienced with poignancy on the second disc, a series of well- selected miniatures, accompanied by Simon Crawford-Phillips, ranging from Rachmaninoff, Hahn, Koechlin and Ravel to Enescu, Bridge and Kreisler. On paper they may seem like an eclectic bunch, yet played in sequence like this, ending with the musical precipice that is Webern’s Four Pieces op.7, stylistic and national differences appear to melt away as at a deeper semantic level one senses they are speaking the same language.

Hope’s sensitivity to atmosphere also pays dividends on the opening disc, which like its companion tends towards gently cushioning the music’s sonic impact. The likes of Massenet’s Méditation, Richard Strauss’s Morgen and Elgar’s Chanson de matin can easily tip the musical scales towards maudlin sentimentality, yet Hope retains an affecting dignity that ensures each piece emerges free of cloying nostalgia. Finest if all is a performance of Chausson’s Violin and Piano Concerto in the arrangement for string orchestra, with Lise de la Salle and the Zurich Chamber Orchestra, that captures the music’s elusive spirit with assuredness.