British Music For Strings I 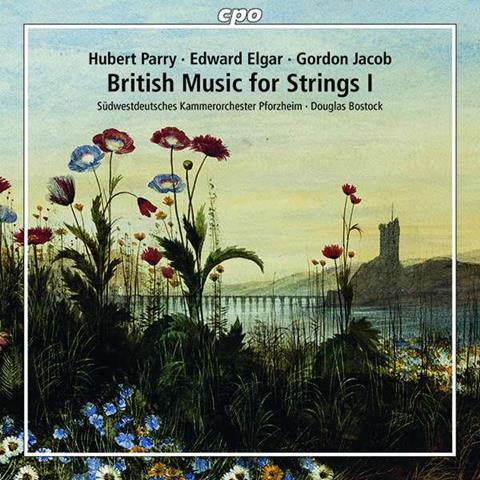 British Music For Strings I

Gordon Jacob was a remarkably gifted musician, who could seemingly turn his hand to anything with the same degree of phenomenal expertise, as witness the three-movement A Symphony for Strings, composed in 1943 for the Boyd Neel Orchestra. Typically neo-Classical in impulse, Jacob imbues his material with a humanity and stylistic imprimatur that goes way beyond ‘new-wine-in-old-bottles’ generic patterning.

Jacob made an expert transcription of Elgar’s Organ Sonata, something that double bass player Hans Kunstovny was unaware of when in 2006 he arranged it for string orchestra as Swinnerton’s Dream (a reference to the original dedicatee of the Sonata). For those frustrated by the clouded resonance from which the glorious original almost invariably emerges, this fine performance will have the impact of a fresh discovery.

Hubert Parry’s An English Suite is the best-known work here, and Bostock and his expert band of players make the most of its stylistic reappropriations, while retaining an emotional equanimity that creates a powerful sense of structural cohesion.