Book review: Suzuki: The Man and His Dream to Teach the Children of the World

Andrew Braddock, editor of the American Suzuki Journal, reviews Eri Hotta’s biography of the founder of the Suzuki method 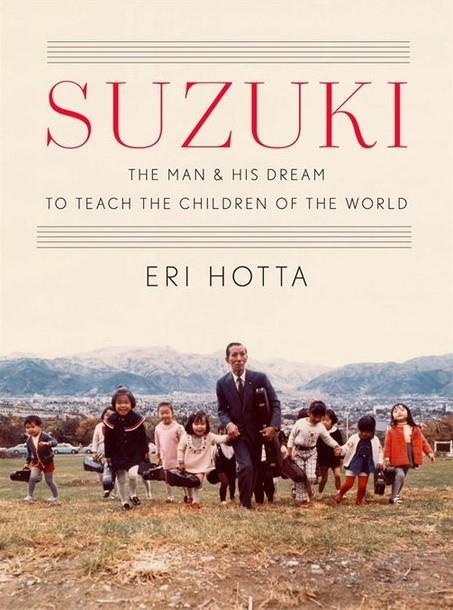 Suzuki: The Man and His Dream to Teach the Children of the World

In the opening vignette of her new book, author Eri Hotta describes a concert that many string players will remember: the 1955 performance of the Bach ‘Double’ by 1,200 children, led by Shinichi Suzuki. The black-and-white footage captured the world’s attention and led to the global proliferation of the Suzuki method. A historian, Hotta not only describes the performance in vivid detail, but adeptly traces the history of the concert grounds from its ownership by a ruling 17th-century samurai clan, to its occupation by US forces following World War II, and finally to the creation of the gymnasium that hosted the concert. Her treatment of this occasion foreshadows the richness contained throughout the book, in which she interweaves the threads of history, politics, world wars, sociology, and educational and music pedagogy to tell the remarkable story of the man who created the now-ubiquitous Suzuki method.

Hotta’s goal is twofold: to offer a definitive account of Suzuki’s life, and to cast him as not just a violin teacher but as an educational revolutionary set on changing the Japanese, and by extension the world’s, educational system. She’s thrillingly successful at both. The latter goal is her more important message, and it will resonate beyond the music community.

Read: What is Suzuki? Elements of the global teaching method

She devotes her energies to analysing Suzuki’s broader educational ideas rather than exploring the intricacies of his violin pedagogy. Many of these concepts are contained in his 1941 treatise Powerful Education (Chikarazuyoki Kyoiku). Her engaging analysis of it is alone worth the price of the book, as she situates it as the bedrock of Suzuki’s philosophy. It’s easy to lose sight of Suzuki’s goals given the startling success of his violin pedagogy, but Hotta repeatedly reminds us of his larger social mission: facilitating ‘every child’s ability to turn their potential into talent’.

Until now, the most widely accessible English-language account of Suzuki’s life could be found in the translations of his book Nurtured By Love (Ai ni Ikiru), an assemblage of autobiographical essays, educational philosophy and personal history. Hotta’s Suzuki will take a deserved place as the definitive account of his life, and will be a valuable resource for scholars, teachers, and music students alike. Hotta’s writing strikes a perfect balance between scholarly precision and engaging narrative, and she’s unafraid to bring in her own experiences. She is the ideal voice to tell this story, as she sits in the centre of a triangle of identities: a historian of 20th-century Japan, a fluent writer in both Japanese and English, and a Suzuki parent herself.

For many musicians today, the word ‘Suzuki’ has become more of an adjective than a noun: the Suzuki philosophy, a Suzuki teacher, my Suzuki recital. With this book, Eri Hotta conjures a vibrant and moving portrait of both the man and his revolutionary vision.