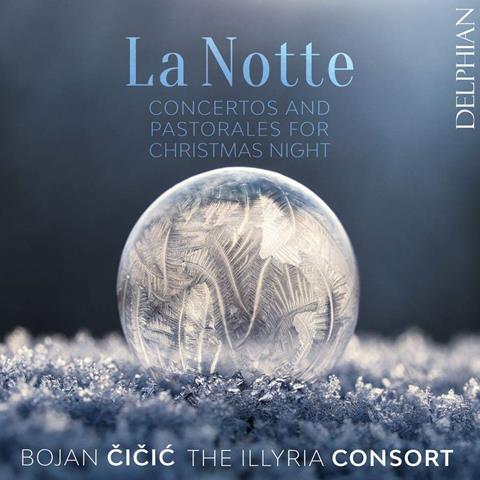 Bojan Čičić founded the Illyria Consort to explore the byways of the Baroque repertoire and has included several examples here in this Christmas collection. They aren’t all specifically seasonal, and some of the connections are a little tenuous, but as pastorales are a feature of Christmas music there are plenty of those. Two Vivaldi concertos bookend the CD. At the close is his string concerto Il riposo – or to give it its full title ‘The repose for the most holy Nativity’ – with gracefully overlapping E major arpeggios at the start, and Čičić stylish in its increasingly florid passagework. The disc opens with La notte, a concerto for violin and bassoon, which doesn’t mention Christmas but gives the CD its name and is suitably dramatic, with some enjoyable contributions from bassoonist Sally Holman.

Read: Becoming an early music specialist is not a cop-out. Here’s why…

Čičić’s playing is clean, precise and expressive throughout. He skips around the double-stops, scales and arpeggios of the Biber sonata, with an agile dance to finish. Three violins provide sprightly interplay in Johann Rauch’s sonata, with a jolly Vivace to open and a lilting Pastorella – Adagio at the end. Čičić neatly contrives to sound like several violins in conversation in the anonymous sonata ‘Wie schön leuchtet die Morgenstern’, and colourfully imitates a bell and a jangling alarm in another sonata by Anon, the ‘Musikalisch Uhrwerk’. This a fine disc, well recorded.