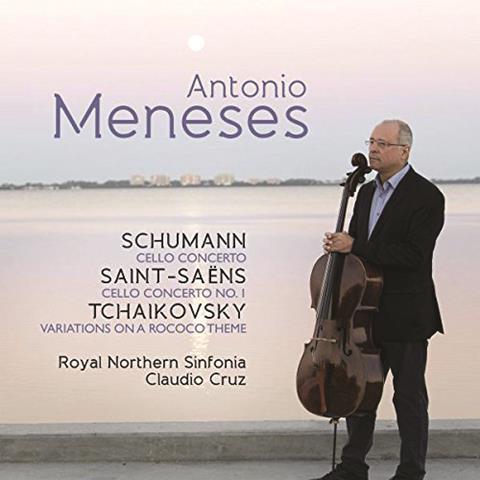 Cellist Antonio Meneses turned 60 this year, and to mark the occasion has committed to disc three Romantic works for cello and orchestra which he has not hitherto recorded. The Brazilian-born musician, whose career was launched when he won first prize and the gold medal at the 1982 Tchaikovsky Competition, gives an authoritative reading of the Rococo Variations, bringing out charmingly the blend of Classical and Romantic styles. There is heart-on-sleeve declamatory playing in the cadenza, but playful moments also abound and the final variation fizzes with energy.

Schumann’s Concerto sees Meneses drawing a powerful but pure tone from the high reaches of his Gofriller cello. The passion of his playing in the central slow movement goes straight to the heart, with his decade of performing with the Beaux Arts Trio coming through in the personal way he communicates with the listener. The finale has a dance-like swing, with well-defined staccato semiquavers. There is a graceful flow to the first subject of the Saint-Saëns Concerto, balanced by crisp, well-articulated playing by the Northern Sinfonia. Meneses plays the finale’s virtuosic semiquaver runs and cross-string work with practised ease, every note satisfyingly audible in this exceptionally clear recording, with the solo cello well to the fore. JANET BANKS