Why violinists need an adaptive approach to intonation: Alexandra Gorski

Intonation needs to be flexible depending on context and repertoire, writes the violinist 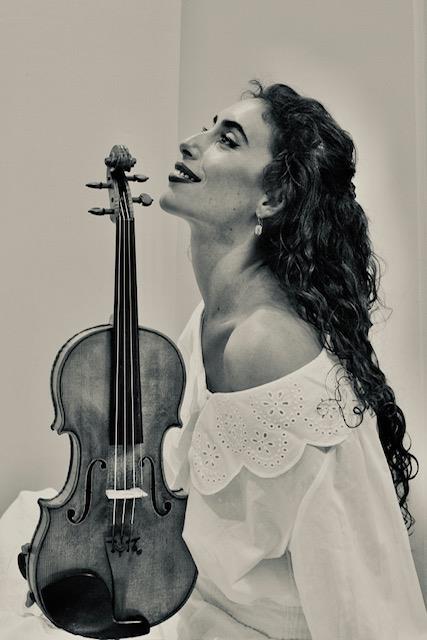 Intonation can be one of the most difficult components of musicianship to develop, while simultaneously being one of the easiest problems to recognise in a performance. Playing in tune is a goal instilled early on for string players, and although pitch recognition and adjustment is usually well-nurtured in violinists, it can often be too one dimensional. As our repertoire evolves, so does our approach to tuning - the intonation of individual notes is determined more by context and style, rather than a standard pitch. Different eras of music all require a different approach to intonation, and it is important to adapt our playing to the demands of each programme.

Baroque music is one of the most punishing for players and their intonation. Take Bach: abundant with ornamental passages, four note chords, frequent double stops; all notoriously challenging for pitch production. Bach is a fantastic example of pitch relying on context - a note is ‘in tune’ only in relation to its surroundings. Our finger placements become less consistent; the same B flat in an earlier scale might be too flat in the following major chord, or not flat enough in a later augmented second. Each note has its own specific relationship within an interval, and playing Bach requires us to carefully examine every interval and its individual condition. In order to improve our intonation when it comes to chords and double stops, violinists should focus on open string, consonant practice - finding the root of each chord, and aiming towards the bass, taking care that every possible position for any individual note is observed.

When moving on to the Classical era, our intonation becomes less about relative tuning and more about clarity. Composers like Mozart, Haydn and Beethoven all challenge a violinists precision, asking for a certain purity and lightness in the sound. That lightness is often studied and applied in the right hand and bow stroke, when in reality the left hand is responsible. When playing a Mozart concerto, for example, violinists should take special care to ensure that each finger is placed in the centre of the note, pressing the spot on the string that produces sympathetic vibrations throughout the instrument, inviting the overtones and ringing that contribute to clarity. Our fingers must be incredibly sensitive, and the left hand free of tension, resulting in those acoustic reverberations that we aim for. Vibrato should be more narrow and small, stylistically appropriate and not deviating too far from the original pitch.

Read: How I interpret Bach: Tomás Cotik on strings, intonation and vibrato

Our approach to intonation evolves even further when dealing with Romantic and 20th century music, like Tchaikovsky or Ysaÿe. Violinists are offered a bit more freedom in regards to tuning; a wider vibrato and expressive manipulation of the notes are encouraged for musicality where before they could be inappropriate. Techniques like glissando and portamento, while altering our perception and execution of pitch, create the musical tension required of the powerful, lyrical phrases found in these pieces. Expressive intonation relies on harmonic context, like in Bach, while also exaggerating certain intervals and dissonances for musical effect. Violinists should embrace the allowances that come with playing these romantic concertos or solo sonatas- the wide vibrato, glissandos, exaggerated dissonances in intervals, the portamento’s - inviting musical conviction and even flexibility into our intonation.

Ultimately, a violinists ability to produce a pitch that is ’in tune’ is totally dependent on context and repertoire. By adjusting our idea of what ’playing in tune’ is, and acknowledging that our approach to intonation is not fixed but flexible, our relationship with pitch will not only improve, but so will our tone, sound projection, and style.

Read: How to deal with the pressures of performance: Alexandra Gorski

Read: How to use the 4 types of memory to improve your memorisation: Alexandra Gorski