Tatty Theo and the Brook Street Band: how we stayed on track during the pandemic

Cellist Tatty Theo illustrates how the Brook Street Band managed to overcome the challenges of functioning in different countries during the pandemic, thanks to modern technology and a well-timed grant from the Continuo Foundation 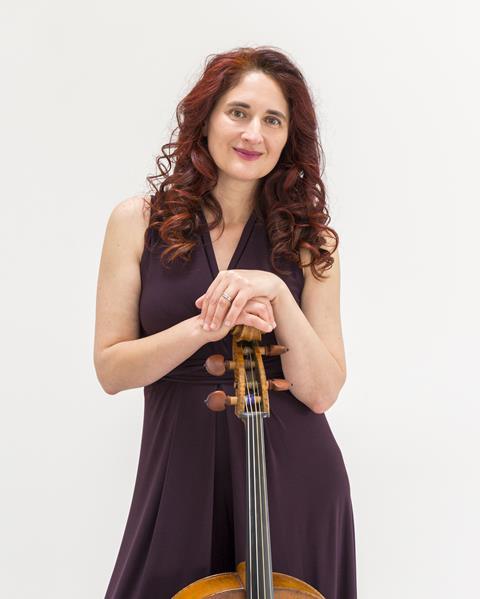 The past two years didn’t quite turn out as I had planned for The Brook Street Band. Everyone is depressingly familiar with the wave of Covid cancellations, which saw our carefully made plans for the band that were years in the making, suddenly abandoned. A wonderfully rich array of festival appearances, education and recording projects were all put on hold without any prospects for the future. Before I tell you how the band coped, let me first tell you about its make-up.

Since I set up the Brook Street Band in 1997, it has always had a family-feel to it, quite aside from its musical reputation. Our members are long-standing, with first violinist Rachel Harris there from the group’s inception, and harpsichordist Carolyn Gibley joining in 1999. With the exception of some of the great string quartets, such longevity is rare in the chamber music world. I didn’t have far to look for my inspiration in founding the group.

My grandfather, cellist William Pleeth, was passionate about chamber music, and growing up around him and my grandmother, the concert pianist Margaret Good, I was surrounded by these important and nurturing musical relationships. I knew from my grandparents’ example that once you find the right people to work with, you create your own deeply personal musical family. Don’t get me wrong, I love performing with all sorts of musicians, and find it energising and creatively stimulating to explore new links, but there’s something special about evolving a relationship with musical colleagues over such a long period of time.

When I founded The Brook Street Band, we all lived in London. Now, I’m the only member remaining in the capital, everyone else scattered around – in Kent, Norfolk, Suffolk, and North Germany. This presented huge problems; after a while some travel for work was permitted, and I was heartened to see exclusively UK-based groups beginning to explore possibilities again. For us, factoring in the regular commute from Germany to England for work was not yet a possibility, each country having different Covid policies in place.

I can’t believe we are already coming up to the second anniversary of that first lockdown period. I’m not one to give up easily, so I successfully applied for Arts Council Emergency funding to deliver an ‘At Home’ programme, with players recording short solo recitals in their living rooms, delivering online masterclasses, podcasting, and making short composer films. This gave us much-needed focus and income. We were grateful for the technology that enabled us to do this, although as we usually spend our musical life in the eighteenth century, with each passing week we became more desperate for the raw sound of our period instruments, unfiltered by our computers.

News of a brand-new funder, set up specifically to help period-instrument groups such as ours, came at just the right time, that bleak period of the year before spring emerges, when everything feels like hard work. Continuo Foundation’s announcement of £100,000 being made available for grants to ensemble projects allowed us to resume planning for our future, secure that the Foundation’s trustees fully understood the challenges we faced.

Read: Continuo Foundation awards over £100,000 in second round grants

Read: 5 views on teaching and performance from William Pleeth

This seemed the moment to dream big, seeking funding for a world-premiere recording project ’The Dragon of Wantley’ which is scheduled to be released in June 2022. It also meant being able to bring Rachel over from Germany for the first time in 21 months. Dates were set as late as possible within the funding window to give us the best chance of travel restrictions easing and warmer months minimising the risks of Covid isolations. This was a large and complex project involving conductor John Andrews and a total of 23 musicians. I hardly dared hope all could run smoothly, and the nature of the music and scoring meant last-minute stand-ins would be hard to source. I pushed any thoughts of Rachel not making it to the back of my mind, putting my faith in St. Cecilia and the power of music. 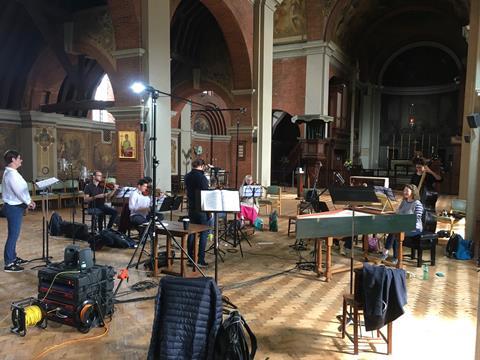 ’The sheer joy in that moment will stay with us for ever, reunited after so long apart, melting away the pain of the pandemic’

Fast forward to 6pm on 30 August 2021, and a ring on the doorbell. There’s a familiar person silhouetted against the glass, someone who has successfully navigated all the checks, testing, and managed to steer clear of a widely circulating virus. The sheer joy in that moment will stay with us for ever, reunited after so long apart, melting away the pain of the pandemic. It is only thanks to the vision of Tina Vadaneaux and Continuo Foundation that we dared to dream and plan again. Having been fortunate to receive funding twice now, we have continued planning ahead. Our current Continuo-supported project is a series of concerts celebrating Handel within our own local UK communities, with two performances remaining in March 2022. We look forward to sharing our work with you.

The Brook Street Band’s concert series celebrating Handel in Kent, Suffolk, and Norfolk, as well as their forthcoming album of ‘The Dragon of Wantley’ by Lampe have been made possible thanks to the support of Continuo Foundation.

More information can be found here.

Read: ‘There’s nothing like a good bass-line!’- the role of a continuo player in Baroque music

Read: Cellist David Watkin on the art of continuo playing