Cellist David Watkin on the art of continuo playing

Ahead of his weekend residency at the Cello Unwrapped festival at London’s Kings Place, Watkin defends the importance of the continuo cellist, and the skills required by the role 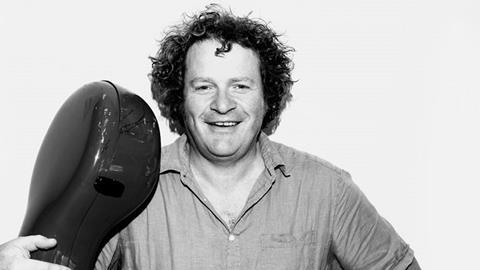 Many 19th-century traditions, like white tie and tails, stubbornly hold sway in today’s concert halls. Assumptions based on 19th-century customs - from who sits where to who carries the leading line - ultimately affect how we hear the music of the 18th century. By assembling my programme for Kings Place’s Cello Unwrapped season, focusing on the role of the cello – as not 'leading' but fundamental - I hope to question some of those assumptions.

Today most string players start out learning to be soloists. Or at least they learn to play using the solo repertoire to build their technical and musical understanding. For some instruments this seems fine: any of Mozart’s violin concertos would be good preparation to play, say, the first violin part in one of his operas, and vice versa. But what about the particular skills required to play the bass line of that opera? Does learning a Haydn cello concerto help?  Would Bach’s musicians have been better prepared?

For a while now I have been looking for ways to help musicians develop the kind of musical understanding which might help them in non-solo repertoire, and this has led to a number of questions. For example, what are the micro-decisions a bass line player makes in every bar? Our pre-concert insight event invites listeners into this process, and I hope will encourage them to hear the music from the fundamental bassline up - be it in one of Handel’s spectacular opera arias or the more obvious obbligato cello solo in Bach’s Cantata BWV199, whose healing waves of melody literally raise the spirits of the solo soprano.

I once played the cello in a televised performance of a Bach cantata. It included a stunning aria lasting nearly ten minutes. It was written on three staves of music – one each for flute, soprano, and basso continuo. The video editor shared the screen time fairly between the soprano and the flautist, as well as plenty of footage of the conductor. There were some long shots which included the three continuo players, but not many. The extent to which this visual selection ‘edits’ our perception of the music, its meaning and how it works, is clear.

When playing cello sonatas, my teacher William Pleeth used to insist that you use a music stand, even if it was empty. When you play a sonata for cello and piano from memory, he said, you change the listener’s perception from 'chamber music' into ‘soloist plus accompaniment’. The audience’s attention is drawn away from the interplay between equal voices, the intricate exchange of musical threads, the sharing of roles. In the same way the TV director’s eye forces us to hear music which was conceived as a seamless fabric, as the linear interplay of only two solo lines with backing. Rather than recognising the continuo’s roles as not only a fundament - the ground, but an equal partner in the drama, reflecting on and helping to articulate the text’s meaning - it has been relegated literally to the background.

If the continuo line is not simply wallpaper but plays a more significant part in the music, what is the cellist’s role? CPE Bach, straddling what we have since called the Baroque and Classical eras, deemed cello and harpsichord the best combination of instruments to be the continuo line. For him these together supplied both the horizontal voice of the bass line interacting in counterpoint to the treble lines, and the vertical element of each harmonic resonance – the warp and the weft, the very fabric of the music. The cellist’s role then is to become part of a continuo team: to enhance the dynamic dimension of the bottom line of the manuscript, to respond as the emotional ‘left brain’ of the continuo organism.

That 'dynamic' then is the opposite of 'static'. Not a layer of performance which can be added at will – like a last-minute choice between curry powder or fajita mix, or that awful word ‘style’ - but the dynamic energies that exist as possibilities in the music. Revealing some of those possibilities requires a cellist’s detailed exploration of ‘how the music works', the active engagement with harmony which is bread and butter to a jazz musician, but with which many of us need to re-engage.

On Sunday we turn to Bach’s six suites for solo cello, today towering peaks of the ‘solo’ repertoire. But I have always believed that the best preparation for understanding the suites is to play continuo in Bach’s cantatas and passions…