‘There’s nothing like a good bass-line!’- the role of a continuo player in Baroque music

Cellist of the CBSO Baroque Ensemble Jackie Tyler MBE shares her insights on the role of a continuo player, as well as how working with wind players and her Baroque cello set-up inform her playing 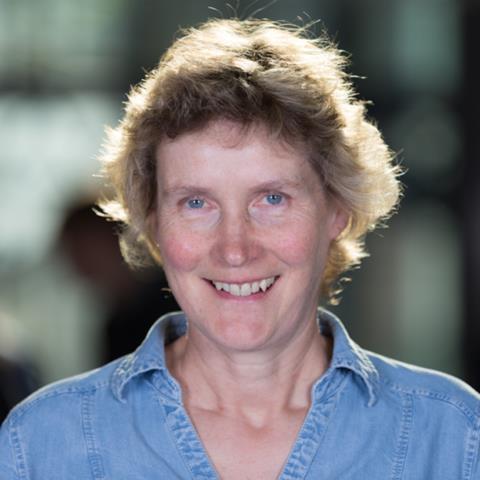 How do you use your role to shape what happens in the ensemble?

There’s nothing like a good bass-line! It’s the linchpin of the music, showing the harmonic structure and shaping where the phrases go, giving direction. It can make or break the character of the piece, keep it buoyant, give it energy, enhance the drama or soothe the melody. It’s crucial to give the upper parts a sound framework to do their stuff and they rely on the bass line to bounce off or cushion their solos. As well as steering the harmony, my role is also to react and ’converse’ with the upper parts. All the pieces we play in this programme have a bass line that is equal in interest and technicality to the upper parts, so very satisfying to play.

How would you describe the style of continuo writing between J.S Bach and his son, C.P.E Bach?

The trio sonata in G major by J.S Bach has an expansive bass line outlining the chordal structures and providing a walking bass whilst also weaving around the other parts. He creates a really imaginative line from the harmonic structure which tends to be independent of the material the two upper parts are playing, apart from the fugue-style last movement. It’s a joy to play, even on its own!

His son goes further in the first movement of his B minor sonata, to work a short theme in a wonderful energetic and complex movement where the bass line is fully involved and shares the material of the upper parts. The movement is a substantial length too. He rarely repeats the same line exactly, but develops it and sends it off in another direction. That is equally the case in the expressive slow movement where he gives the soulful melody to the cello in the middle of the movement. We would expect a jig to be based on a simple harmony, but no, C.P.E explores plenty of keys in this movement resulting in a breathless and exciting end to this brilliant sonata.

How does playing with wind players affect your playing?

Our baroque group at CBSO has a core of two violins and continuo, but we love to invite other instrumentalists and singers to join us. It’s been a delight to work with flautist and recorder player, Annabel Knight. Of course the addition of a wind player amongst the string group brings its challenges. The baroque flute has a lovely soft sound and we need to be aware of the different style of attack. Sometimes it’s nice to contrast rather than try and emulate the flute’s phrasing and articulation. The low register is particularly quiet so balance needs to be addressed in these passages, and of course we need to be aware of where she is breathing. The recorder can be less of a problem with balance, it has a much more direct sound quality. In any case, the Telemann chamber concerto we’re playing is written with the recorder as soloist, so balance is easier.

What’s your baroque set-up and how does this differ from your modern set-up?

All the players in our ensemble play on a baroque set-up and we play at baroque pitch A4=415Hz. My cello was made in Mittenwald c.1780 which I bought as a modern cello and had it adapted to a baroque set-up. This is quite a major change, with a neck graft and new fingerboard, giving a different angle and tension on the strings; new pegs and bridge. I play without an end pin which was challenging at first. But I find now it gives me much more connection with the cello. I have a baroque bow made by Roger Doe and I play on gut strings.

Of course I am primarily a cellist in a modern symphony orchestra, but I love any opportunities to delve into this repertoire, it’s so fresh, energetic and expressive. Using a baroque bow is particularly valuable. Unsurprisingly, it makes more sense of the way music was written, making faster passages and dotted rhythms easier, phrasing and articulation more convincing. Because you need to be very expressive and imaginative with the way you use the bow, pulling and coaxing the sound from the strings, it can inform the way you use the modern bow and encourage a much more creative sound world.

Jackie Tyler will be performing with the CBSO Baroque Ensemble in a programme of J.S Bach, C.P.E Bach and Telemann. The concert will be held in the CBSO Centre in Birmingham on Thursday 4 November at 2.00pm. More information can be found here