Early encounters with nature left their mark on the Moldovan-born violinist, who thinks a culture of perfection is damaging our relationship with music 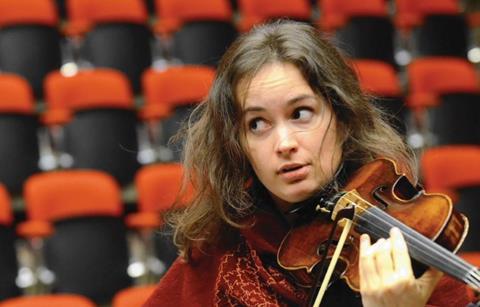 My first teacher was the rain. I listened to the drops. They were the first short, round notes in my childhood imagination. Then came the sun. The notes became longer and more transparent, beginning in the clouds and disappearing into infinity. Wind taught me momentum, the night taught me silence and the suddenness of the morning. I learnt about atmosphere from the smell of the candles in our small Moldovan Orthodox church; the movement and shadows of their flames showed me how to improvise. From language came phrasing, and with that my dreams opened up into the limitlessness of fantasy.

I don’t know where the need to produce a ‘polished’ performance comes from. Beethoven, when he was teaching, insisted that every note must have a meaning; he wasn’t interested in technical mishaps. I seem to remember that an observer wrote that Paganini was equal to all the difficulties of his caprices, if not on the first attempt then in the repeat. After Brahms had performed, it was said that one had to sweep up all the wrong notes from under the piano. Mass production and ‘quality control’ risk doing to music what has already been done to tomatoes in the supermarket: all immaculate, perfectly the same size and shape, and without any individuality, interest or flavour. Competitions are the main culprits promoting empty technical perfection that lacks imagination and risk. If I could, I would make competitions, bar-lines and narrow minds disappear.

In a recent concert I played at La Scala in Milan, there were two wonderful singers on the programme with me. An hour before the concert, they decided they would sing a short extract from Verdi’s opera Il Trovatore as an encore. I thought I should make myself useful and give something more to the audience of 600 opera lovers at their first concert since lockdown, so I added a few melodies to my simple violin part. But in the stress of the moment, I forgot to write the accidental next to my very long first note. Instead of an A flat I played a very pure but completely wrong A natural. The dissonance sounded like something C.P.E. Bach would write and it felt like being subjected to a coronavirus test up the nose. As I was in shock I couldn’t do anything but leave the note hanging in space without trying to change, cover up or gloss over it. It was a most enthralling moment – it felt so wrong, but so right at the same time. I am a dissonance.