An encounter with her instrument’s human qualities was a turning point for the Japanese violist, who looks back over a long career 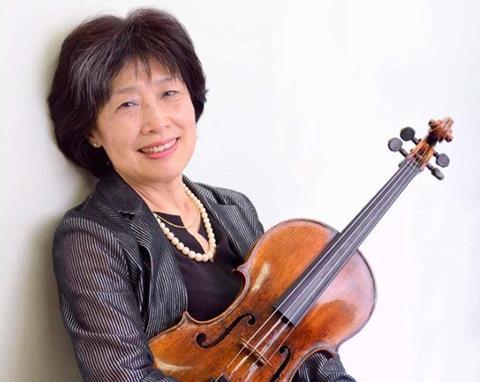 Technique is a useful tool but it isn’t enough on its own. You need an image, a clear idea of what you want to create with your playing. Inspiration can come from many different places: books, movies, even food, and you should make sure you always approach the world with an open mind. If you don’t, your playing won’t have the feeling of freedom that can freeze an audience with just one note. Technical ability is taking over, however.

Nowadays too many people think that bigger is better, faster is better. I once went to see an opera in a big stadium somewhere in Europe, where 40,000 of us listened to the singers through a system of microphones and speakers. That kind of performance really is meaningless, in my opinion. The Japanese word for music, ongaku, is made up of the Chinese characters for ‘sound’ and ‘joy’: 音楽. For me, the word communicates something very private, not a gigantic venue or a big, spectacular sound.

One of my greatest triumphs was being the violist of the Vermeer Quartet for five or so years in my early thirties. Every single day taught me so much. Its founder, Shmuel Ashkenasi, is a sensational musician and a wonderful person. My first chamber music teacher was the great Hideo Saito, who had been a pupil of Feuermann. I remember spending hours with him on just one or two lines of a Haydn piano trio, analysing the function of each note. Chamber music has always been closest to my heart, be it in the Vermeer Quartet, more recently in the Michelangelo Quartet, or in many other combinations.