There’s more to the instrument’s repertoire than meets the eye, says the young British viola player 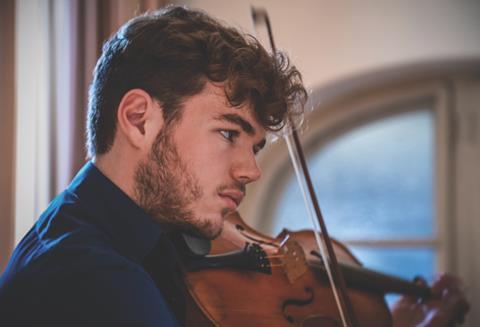 There’s a misconception that the viola repertoire is very small. There are some real gems to discover if you’re willing to look beyond the most famous composers. The instrument didn’t get a huge amount of exposure during the period when the virtuoso concerto was really taking off, but that changed in the 20th century, when Lionel Tertis and William Primrose became real catalysts for changing the viola’s reputation. Without them we wouldn’t have the Bartók, Walton or Milhaud concertos, or a host of less well-known pieces, many of them by British composers. I’ve just recorded Vaughan Williams’s Suite with the Lausanne Chamber Orchestra, for example, alongside music by Martinů, Hindemith and an arrangement of Britten’s Lachrymae.

I love playing transcriptions of pieces written for other instruments. As much as anything else, it’s a great way to acquaint yourself with more music. Personally, I see no problem experiencing things in new ways and I think it’s a pity when people take a very purist view. Elgar approved of Tertis’s transcription of his Cello Concerto and the pair even played it together. I’d love to try performing it, too. One of my plans this year is to record my own version of Schumann’s Dichterliebe for viola and piano on Harmonia Mundi. Maybe it’s because I enjoy singing so much, but I think the sound of the viola is a great match for the mood of the songs.