During the 20th century, American orchestras earned a reputation for their technical brilliance and forthright tone, but could such a cultural melting pot ever produce a national way of playing? Charlotte Smith asks musicians and conductors whether the US string sounds of the past endure today 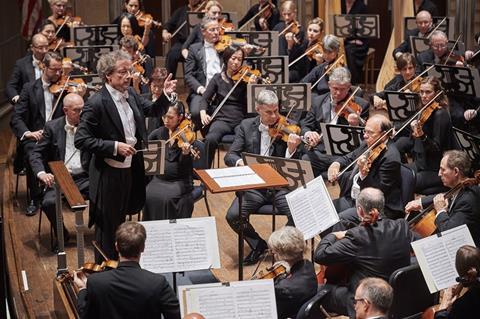 The following is an extract from a longer article in The Strad’s November 2017 issue – to read it in full, download the issue on desktop computer or via the The Strad App, or buy the print edition

However much today’s American string players would describe their individual orchestral sounds as unique, there are some within the musical community who maintain that distinct identities have deteriorated, and that a universality of sound has taken their place. In his 2009 opinion piece, Haylock wrote: ‘Nowadays […] the level of string expertise is astonishing. If only this extended to musical personality. […] Whether it is the emotionally sanitised age in which we live […] or simply because the modern breed of conductor no longer views a sonic or emotional collective identity as desirable, the differences between orchestras, while still discernible, have been eroded away to a remarkable degree within an astonishingly short period.’

Perhaps, therefore, the cult of individualism, which began in the 1960s and continues to this day, has robbed string sections of a cohesive character. Cleveland’s Austrian Franz Welser-Möst has distanced himself quite deliberately from the Hungarian-born American Szell. ‘In Szell’s days you did what you were told,’ he says. ‘He was a control freak, but we now live in the 21st century. So you have to ask yourself: what is the relevance of a symphony orchestra to society today? In a democracy you have a leader, but nevertheless individual voices are heard. This orchestra was always trained to be disciplined, but I am a strong believer in the value of a chamber approach. I am not looking for a good soldier for the army in my players; I am looking for personalities who would be fantastic in a string quartet.’ There is little doubt, then, that the Cleveland Orchestra’s sound has evolved from the old days of drilled precision, yet, as its concertmaster William Preucil describes, the ensemble’s strings have not lost their sense of clarity and refinement – they have simply moved away from tonal coolness in favour of a warmer aesthetic. ‘There has been a long tradition here in Cleveland of clarity of articulation,’ he says. ‘At times that has been hard-edged, but now we are looking for something round and warm and beautiful.’