Baroque music was invented in Italy – and spread like wildfire

Violinist Johannes Pramsohler writes about the latest two albums from Ensemble Diderot, dedicated to the Italian influence on music in Paris and London 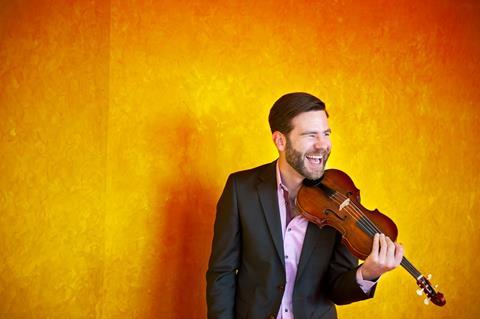 Sympathy – looking beyond one’s own experience, appreciating the unfamiliar and foreign, and being open to new influences – has always been a mark of the best in art. Composers in the 17th and 18th centuries were constantly exchanging and copying ideas as a means of developing their music. To appreciate and assimilate that which was foreign and to cultivate a so called ‘mixed taste’ was a prerequisite for musicians. And to ‘pay back with interest’ what had previously been borrowed was considered the highest form of artistry.

Italy, where the exciting style that we now call ‘Baroque’ was invented, held endless fascination. All composers looked there for inspiration. Henry Purcell writes in the preface to his Sonatas of III parts that he wanted to ‘imitate the most famed Italian masters’ and Sébastien de Brossard states in the catalogue of his impressive music collection that ‘all composers at the time were wild about composing ‘à la manière italienne’.

This idea runs like a common thread through our project. just because nowadays we imagine English melancholy as each English composer being one Dowland song away from suicide, or the French sashaying about in high heels to some languishing Air de cour, it doesn’t mean that their chamber music wasn’t played with the precision and ‘éclat’ contemporary witnesses wrote about. Maybe it was exactly with a great thirst for everything Italian that English and French composers longed to nourish their own national musical language.

When I founded the Ensemble Diderot I wanted to create a group that works on baroque chamber music like string quartets work on their repertoire. My wish was to have a nearly full-time group that would meet to rehearse even if there wasn’t a concert planned. I consider myself extremely lucky to have found three colleagues that share my vision and who chose to go on this exciting journey with me. Since the very beginning we have been working on the big ‘mainstream’ trio sonata repertoire from the 18th century: Leclair’s op.4, Goldberg’s four fabulous sonatas, Mondonville’s op.2, Biber’s Harmonia artificioso-ariosa, Purcell’s two collections, single sonatas by Telemann, Fasch, Corelli, and, of course, Bach’s Musical Offering. 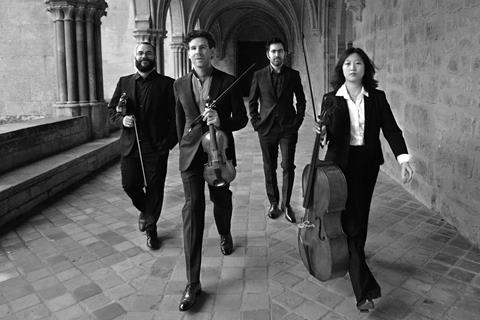 Working very intensively on these pieces made us want to explore the origins of the different stylistic elements and the influences that composers worked with. This is how we gave birth to our ‘Cities Series’ that explores the musical universe of important cultural centres in Europe at precise times in history. After our ‘Dresden Album’ we wanted to dig deeper into the origins of the Trio Sonata in England and France. The world that opened before us was so fascinating that I decided to make it the topic of my PhD at the Royal Academy of Music.

Musicians only really started to travel in the last part of the 17th century. So where did composers like Purcell and Blow in England, and Couperin and Rebel in France get the newest Italian developments from? We saw that a lot of music circulated among professional musicians and were particularly interested in the pieces that remained unpublished; highly sophisticated chamber music repertoire for professionals – not your usual commercial stuff that mostly came in dozens like oysters in French restaurants.

In Ensemble Diderot we use ‘Historically Informed Performance’. And we are constantly asking ourselves what that actually means. We will never know how it really sounded in the 17th or 18th century. Nor is it our intention to reproduce historical assumptions as this attempt often becomes somewhat ridiculous. We all experience it at medieval theme parties; we know it probably wasn’t like this, but it’s just so much fun!

So, in a way, we wanted to make tabula rasa and look at everything completely afresh. Therefore, quick decisions resulting from ‘gut feelings’ were not an option for us. At least not in the beginning when we started working on these pieces.

Lots of experimenting and research went into the process: As far as violin playing goes, we took a lot of inspiration from an – in my opinion too overlooked – treatise by John Lenton; The Gentlemen’s diversion. In this first English treatise on violin playing, Lenton gives a wealth of solutions to different bowing problems, often shockingly ‘modern’ to our eyes and ears.

For the French disc we consciously diverted from the bowing instructions of Georg Muffat – today mostly used for anything French but actually only mandatory for Lully’s music – and took inspiration from later violinists. Treatises are always a compendium of techniques in use before the publication of the treatise.

Concerning the bass we had a thorough look at what bowed instruments were available at the time in both countries. We decided to use instruments of the violin family for the London album – our cellist Gulrim Choi plays on an original English cello and a modern copy of a bass violin. For the Paris album Eric Tinkerhess used an incredibly beautiful original French viola da gamba.

In order to have a continuity across both programmes we used the harpsichord throughout both discs. Our wonderful harpsichordist, Philippe Grisvard, is an expert in the so called ‘stile pieno’ (lit. ‘full style’) in which the player’s hands are kept very busy. While in France at that time, a simple, sober harmonisation was favoured, and the English hadn’t yet fully mastered the art of playing basso continuo according to figures, Italian composers preferred impetuosity and a more sensuous colouring, with lots of dissonances and clashes. And that’s what we went for – especially for our London disc.

We decided to use ornamentation very sparingly after a thorough analysis of the already written out ornaments, and to favour ‘essential ornaments’ in French style, such as mordents, trills, appoggiaturas and slides.

My aim was to show a different way of interpreting this music by taking it into a new context. We tried to change our own way of listening, enhance our awareness and to challenge stereotypes that have built up over many years of Historically Informed Performance. I hope to give a small contribution to keep it moving forward. There is still so much to discover.

The London Album and The Paris Album are out now on Audax Records. https://www.audax-records.fr/