The Strad’s February 2016 cover star speaks about studying with Philippe Muller and Heinrich Schiff, and about his own cello classes for post-college students 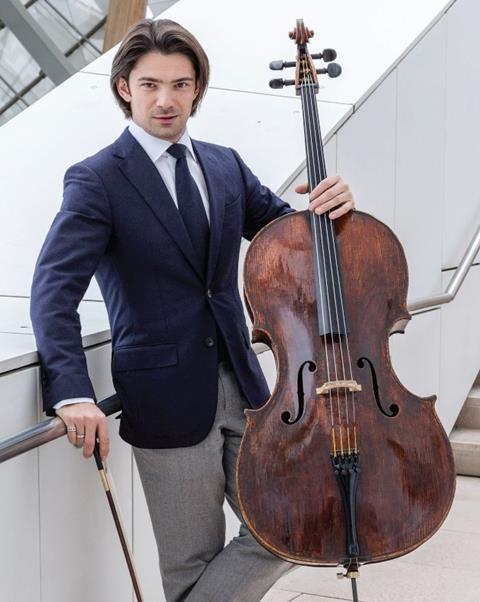 The following is an extract from The Strad’s cover interview with Gautier Capuçon, published in the February 2016 issue – subscribe and read, download on desktop computer or through The Strad App.

When Capuçon was 14, alongside lessons with Annie Cochet-Zakine, he began tuition with Philippe Muller; they worked for six important years on both the main cello repertoire and the French right-hand technique of Muller’s teacher André Navarra. Just as valuable, though, was the way in which Muller developed his pupils as musical individuals.

‘He was always there helping me to develop my personality,’ explains Capuçon. ‘He was not there to make clones of himself. He was more like a guide, and I’m so thankful for that, because I think it’s very important to develop your own voice. You need someone very open-minded for that, though.’

Having obtained his degree, Capuçon spent three final years of tuition with another pupil of Navarra, Heinrich Schiff. Schiff’s busy concert schedule, combined with Capuçon’s own growing concert schedule, led to an arrangement whereby they would spend around five intensive days a month together in Vienna.

Capuçon recalls: ‘I worked a lot on sound with Schiff, too – on how to dig into the deep cello sound. We would work so hard, for seven or eight hours a day, and then in the evening we would all cook together in his home or go to concerts. All those moments contribute to what you learn more specifically on the instrument and about the music itself.’

He concludes: ‘And that’s why I created my Classe d’Excellence de Violoncelle. Because after it, as a participant, you do feel ready to fly on your own. Of course, you never finish learning; it’s just that your so-called teacher takes a different form, such as a conductor with whom you play, or a pianist with whom you work.’

The complete Capuçon interview is published in The Strad’s February 2016 issue – suscribe and read, download on desktop computer or through The Strad App.