Their composers may have been friends but these two 20th-century masterpieces, written 30 very eventful years apart, could hardly be more different 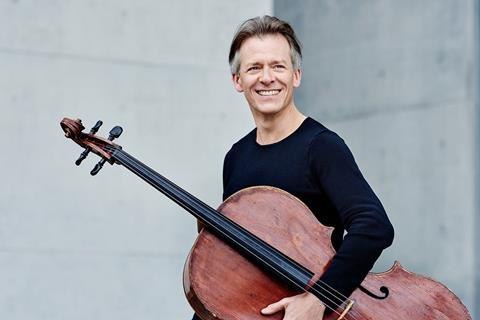 As much as I have always enjoyed playing the two sonatas by Britten and Shostakovich, I must admit that I see them as completely different pieces, not even linked by the great Russian cellist Rostropovich who I thought had inspired both of them – impossible as he was 7 years old when Shostakovich wrote his dark, gloomy sonata.

Even before knowing anything about who Shostakovich was as a person I fell in love with this piece because of its amazing slow movement which felt so deeply sad that I immediately identified with it, the romantic soul I used to be as teenager, having devoured everything Fyodor Dostoevsky had ever written. I was captivated by the Russian soul which speaks from this sonata.

Britten’s five-movement sonata comes as quite a contrast – the British humour and a certain understatement of feelings took me a while to understand, but once I did a whole new world opened up.

Yes, after the premiere of his first concerto in London, Shostakovich did introduce Rostropovich to Benjamin Britten, who loved Slava’s performance so much that he quickly gave into the cellist’s request to write ‘a piece or two’ for cello. First of five major pieces was this sonata, which in the last movement quotes the initials of Shostakovich, D.S.C.H., in honour of his composer friend who made it all possible.

Two absolute masterpieces, one written in the first half of the 20th century, the other one in the second, almost 30 years apart, but what 30 years these had been – World War II, the Holocaust, Hiroshima and Nagasaki – no wonder these pieces don’t sound anything alike, especially as both composers, friends or not, couldn’t have been much more different.

Both brilliant pianists and wonderful composers, both close friends with the most important cellist of all times, but their backgrounds, their circumstances were so brutally different: Shostakovich growing up in a totalitarian regime led by a horrific dictator, constantly afraid of being picked up by the secret service with the possibility of being questioned and tortured, while Britten, son of a dentist, growing up in Suffolk pretty much protected.

We are blessed with two amazing sonatas which place equal demands on the technical and musical skills of both performers. Personally, it took me more time to get the Britten sonata together with piano as it is a bit more complex, with some rhythmical intricacies which needed some time to figure out. Three of the five movements I have used a couple of times as encore pieces after a recital which didn’t include the full sonata – witty, spectacular and astonishing, audiences appreciate them wherever we have played them.