A moving tale: Travelling with a double bass

Fitting a double bass on an aeroplane or in the back of a van can present serious difficulties. Gary Karr’s agent Jane Davis shares her the tricks of the trade, in this interview from November 1999 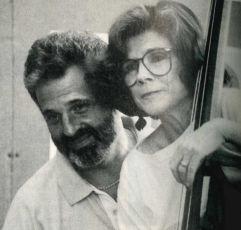 I didn’t anticipate some of the problems I’d have to tackle when I became Gary Karr’s agent and manager. Travelling with a cello is difficult enough, but manoeuvring a double bass is an altogether thornier issue. For instance, how do you get a bass into an aeroplane? You can’t leave it by the aisle, and when it’s by the window the ceiling area is reduced. I soon discovered that the only way to work it is to turn the instrument upside-down. I now insist on a pre-paid miscellaneous charge order, so airlines know in advance that they have to transport a double bass. Most airlines are cracking down now and the instrument has to go in storage in a huge hard-case, which is cheaper than paying for an extra seat.

Gary’s travelling arrangements are even more complex because he lives on an island off Vancouver. Before you tackle the problems with airlines you have to book the ferry. Then the main problem is ensuring the bass goes into the same plane as Gary. There have even been times when he and his priceles Amati - donated to him by Madame Koussevitsky - have parted company. I remember when Gary took off for New York having seen his bass still standing up against a wall at Cincinnati airport, waiting to be put into the cargo hold. When he arrived in New York he explained to the airport authorities that his bass had not arrived, but that he knew exactly where it was. They didn’t believe him, but when he proved to be right they gave him $200 credit. Occasionally Gary’s bass has suffered some damage. For example, when he toured in Spain there was a problem with the neck of the instrument, but fortunately there were some very good restorers there.

You might think the problems would be over once you’ve arranged the flight, but transport to the concert venue can present another hazard. I remember Gary flew to Michigan at 11pm one night. The concert organisers knew he was coming with a double bass, but they had forgotten he had an accompanist as well. There was only room in the van for Gary and his bass, so the poor pianist had a real squeeze. With some vans you have to take the seats out to get the double bass in. I once rented a van and the company wouldn’t let me  do this. I had to really scream at them or I wouldn’t have been able to collect Gary. Another time he did a concert in Mexico and, despite making the arrangements clear, they sent a Volkswagen Beetle! Now I make sure I send the organisers a diagram of the instrument, its weight and measurements down to the last centimetre. At one time Gary was touring so much and it was so complicated that he had a double bass on virtually each continent.

One of the reasons Gary approached me to be his manager - apart from the fact that I’m a double bassist myself and a former pupil - was my background in music education, an area he considers enormously important. He’s always felt it was vital to nurture young audiences and go to schools to introduce kids to the double bass. It’s a major undertaking because you can’t just arrive at a school if the kids don’t even know what a double bass is. You have to go in and pre-arrange things - see the head teacher, give some instructions and make sure their teacher stays with them so that they behave themselves. Gary says it’s harder to play for kids than do a concerto with a symphony orchestra. Their expectations are so different and you have to be incredibly energised in order to motivate and inspire them. He gets kids to understand the music through humour and proves that classical music can be fun.