6 ways to improve your string crossing 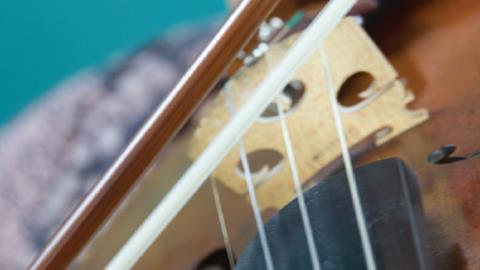 One of the secrets of a smooth bow arm, and of seamless, legato string-crossings, is to bow between the levels of the four strings. A good way to make string-crossings rounded is to practise them as double-stops or to leave out the left hand and just play the bowing pattern on open strings.

The whole arm from the shoulder should be used, and not the wrist, except in certain exceptional cases. A flapping wrist is no help in crossing strings, but will cause irregularity in tone and time. A supple wrist need not move to prove its suppleness, as some enthusiastic players seem to think. The sound will tell everything and must be the chief consideration.

For continual change of two strings, choose that elevation of the elbow which would suit the stroke on both strings together, so that the hair will lie full on the farther (thicker) string, but with its edge only on the nearer (thinner) one. Should you choose the elevation according to any one string among the two, you would either roll the bow over backwards on the far string, or overdo the bend of the hand on the nearer one.

When moving from G to C string on the cello, the wrist movement required for this purpose is greater than on the other strings. But it must be remembered that the wrist must never sink below the level with the forearm; nor should the movements of the wrist be sudden or self-intentional.