In one of two companion pieces to a feature published in our April 2021 issue, former Boston Symphony Orchestra violinist Gerald Elias  explores the art of turning the page 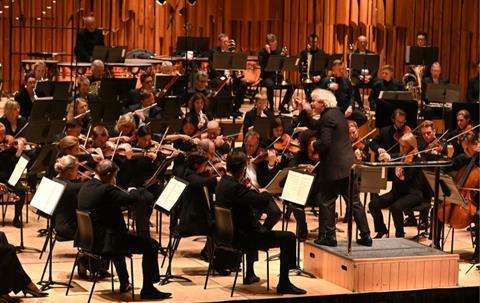 It is generally acknowledged that the violins, particularly the first violins, play the most notes of any orchestral instrument. This is not intended to disparage the noble efforts of the contrabassoon, piccolo, or triangle. We all have our essential role to play.

Nevertheless, it’s true. Even a non-musician can attest to that simply by lifting the first violin part of Rachmaninoff’s Second Symphony and then, let’s say, the third trombone part, and feeling which is heavier. No contest. You guessed it: it’s the violin, and that will be the case 99 times out of 100. It’s not at all unusual for a first violin part in a big 19th- or 20th-century symphonic work to stretch for 20 or 30 pages, or even a 40-page behemoth like Mahler’s Fifth.

Here’s some easy division. 40 pages, 80 minutes. Ergo, 20 page turns, meaning a page turn on average every four minutes! And when you take away the Fifth Symphony’s twelve-minute Adagietto, which is only two pages long, it’s almost a page turn every other minute. But does even the most perceptive audience member ever notice that?

Well, to quote the captain of the Pinafore, ’hardly ever’. It’s a combined, concerted effort by the composer, publisher, orchestra library, and finally the page turner to make page turning essentially invisible. Let’s take each of those contributors, one at a time.

Although in a Mahler symphony there is a massive number of musicians on stage – his Symphony no.8, the ’Symphony of a Thousand’, really pushes that envelope – at any given time there are usually only a handful of musicians playing. It’s mainly for the occasional, hall-rattling climaxes when Mahler lets everyone loose simultaneously.

A resultant side benefit of composers’ selective use of instrumentation is to give each musician an occasional opportunity to rest, and although the composer’s objective might have been a purely musical one, it really does provide a moment, albeit usually a brief one, for string players to relax both mentally and physically.

Since reputable music publishers have an understanding of performers’ needs, whenever possible they strategically format the music so that a rest is placed at the bottom of the right-hand page. This enables the musicians, who we can safely assume need both hands to play their instruments, to be able to turn the page without interrupting the music. Most of the time, from Bach to Bernstein, this setup works effectively.

There are times, though, when composers aren’t so cooperative; when, for instance, the violin part involves endless passages of quavers or semi-quavers that ride off into the sunset. In cases like this, for example in some Schubert or Bruckner symphonies, it’s impossible to fit enough notes on a single page before arriving at the next rest. This is where having a crackerjack library staff is a blessing, as they can resolve the page-turning dilemma by photocopying a portion of the next page up to the point where there finally is a rest, and appending it onto the page that has all the fast stuff.

What happens, though, when there are no rests at all on the horizon? When one simply has to continue playing nonstop through a page turn? It does happen from time to time, and that’s when the physical and mental dexterity of the page turner is tested.

There are no page-turning courses in music conservatories, though after having played with countless desk partners over the past 40 years I’ve often wished there were. Because even when there is a rest at the bottom of the page, there is an art to knowing how to turn it.

Some page turners, anxious to jump back into the fray, turn prematurely, leaving their bewildered desk partners to ad lib the music that everyone else is confidently playing. Other page turners, believing they’re being good samaritans by enabling you to savour the very last note, wait for the final split second to turn the page.

But unless you’ve memorised the music at the top left of every page, this can be extremely stressful. I recall one desk partner many years ago, an otherwise sensational violinist and fine musician. For some reason, he gave the distinct impression that turning a page was either a leisure activity (when he was in a good mood) or an imposition on his time (when he was in a bad mood). As we’d approach the bottom of the page, he’d look curiously at the music, as if he’d never seen the bottom of a page before, stretch a bit, put his violin down, take another casual look at the music, consider the options, nonchalantly turn the page, make sure the music was nicely centered on the desk, and resume playing.

The key, obviously, is to know your desk partner’s strengths. For example, I’m much better at ’memorising’ the music at the bottom of the page while my desk partner turns it than I am at predicting what’s going to appear on the next. So, I’m happiest when the page is turned sooner rather than later. In either case, though, a quick turn of page is almost always a good idea.

When I’m the outside player on the desk (i.e. the non-page-turner) my only role in all this sleight of hand is to make sure my violin is out of the way in order to give my partner ample elbow room (literally) to turn the page efficiently. I’ve had some desk partners for whom I’ve turned pages who plastered the scroll of their violins so close to the music—either because of poor eyesight or insecurity—that in order to reach underneath their violins and across the stand, grab the lower right-hand corner of the music in a split second, turn the page, and reestablish my playing position without whacking their fiddles or interfering with their ability to see the music, I had to become a veritable contortionist.

I so envy those triangle players.

An earlier version of this article was published in 2020 by the Boston Symphony Orchestra, with whose kind permission it appears here.

This article is published as a companion piece to Gerald Elias’s feature in The Strad’s March 2021 issue on some of the universal challenges faced by orchestral string players. To read about onstage seating changes, protecting players’ hearing and playing outside click here to subscribe and login. The March 2021 digital magazine and print edition are on sale now.