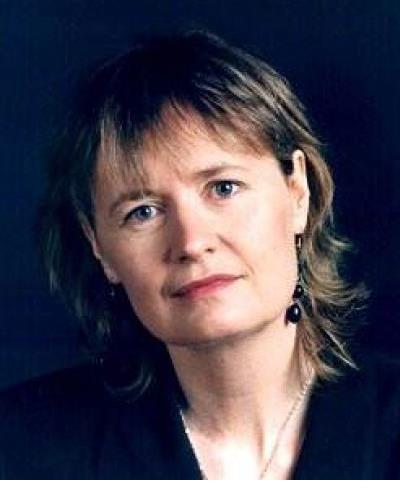 The suicide of violinist Frances Andrade after she testified against the teacher who abused her highlighted the psychological scars borne by victims of sexual exploitation at music schools. Sally Beamish, the violist turned composer who wrote about the dangers of teacher-student relationships in the February 2012 issue of The Strad, laments that it’s taken a tragedy for the damage done by predatory teachers to be seriously addressed

The tragic death of Fran Andrade has shaken us all. And the revelations that followed beggar belief. To those on the outside, it must seem astonishing that nobody spoke out. In fact, some did, and were ignored.

But mostly, they didn’t.

To quote a recent comment on Facebook: ‘Were we complicit by not going to the police when we heard the dreadful stories? When I went to the Royal Northern College of Music in the 80s and met former Chets pupils I was horrified by their experiences but I didn’t make any attempt to persuade them to go to the police or go myself, and the culture of abuse was able to continue with impunity. It makes me feel sick now.’

Those of us who didn’t suffer sexual exploitation at college still knew it was going on. We arrived as first years, realised what was happening, and thought, ‘Oh – so this must be the way it is. This is adult life.’ We accepted it. There was a culture of ‘it must be OK – after all, these are respected musicians’.

Of course, there will always be those that fall in love. We all know of happy relationships that arose from a teacher–pupil romance. A genuine attachment can be openly acknowledged, and the student allocated to another teacher. But there are those who use the college environment as a feeding ground for their addiction. No amount of legislation over ‘no touching’, or compulsory windows in teaching rooms, will counteract the devious behaviour of an addict.

There is a pattern, in that they engage their prey in the semblance of a meaningful relationship. It brings to mind Hardy’s Tess of the d’Urbervilles. She is seduced, and then, with her life and credibility ruined, she feels she has no choice but to become her abuser’s mistress.

These men are serial abusers of power. Music students know only too well that their teacher is likely to provide an important link to professional work, and of course is involved in determining grades and success while at college. So how can a relationship between teacher and pupil ever be equal? And also – let’s admit it – many of us were a little ‘in love’ with our teacher. Most teachers recognise this, and are careful not to encourage it.

The frustration of those who did have the courage to speak out, when many of the victims themselves repeatedly refused to bear witness, is understandable. Two brave and honourable teachers at the RNCM resigned in 2002 in protest at the appointment of Malcolm Layfield – who had admitted to having had a series of sexual relationships with girls at Chetham’s – and still nothing was done.

Fran’s death has made us all realise the reasons for keeping quiet. However strongly the memories affect the victim, from day to day, there is always that foggy area where the memory fails. Which year was that? What actually happened? What was the sequence of events? And, worst of all, maybe it was all my fault. And the thought of being publicly cross-examined, of not being sure, of being branded a liar, is horrifying. Not to mention the process of unpacking it all over again. And the necessity of one’s parents – and children – knowing all about it.

The present justice system, based on the pitting of parties against one another, and the attempt to undermine witnesses and to invalidate their testimony, is an issue that’s too big to address here. The purpose of a trial should be to seek the truth.

The tragedy is that in 2002 Fran also spoke out forcefully over Layfield’s appointment as head of strings at the RNCM. The argument that came back was that it all happened at least eight years ago, and that the person in question regretted his actions. But to appoint someone to work closely with young women, when that person clearly has a problem, is akin to putting an alcoholic in charge of a bar.

To quote Fran’s letter to the RNCM: ‘I personally feel that if you are truly a reformed character, that you would remove yourself totally from a situation of temptation, and that people in power should help by doing the same.’

A nod and a wink simply isn’t good enough. It never was. As well as the shared grief over the terrible loss of Fran, there is a huge sense of relief that, at last, these issues are being properly addressed.