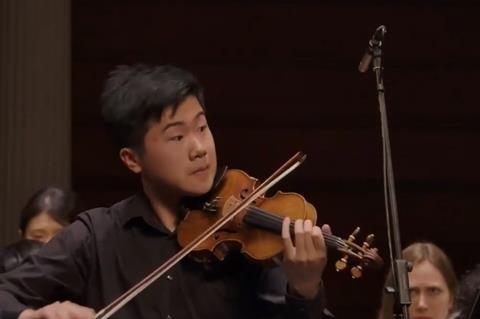 Simon Zhu in the competition final

The Group C final, the senior category for ages 17 to 23, took place on 21 September. The results were as follows:

Each Group C finalist performed the first movement of a Romantic violin concerto with piano accompaniment, followed by a complete Mozart concerto accompanied by the Salzburg Chamber Soloists. Zhu chose the Sibelius concerto and Mozart no.5.