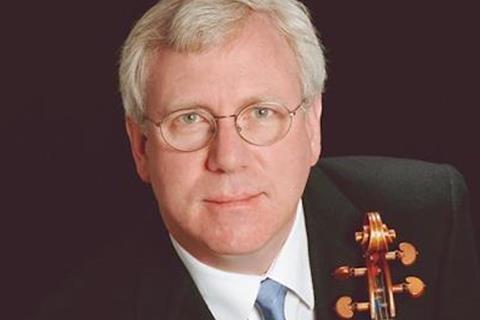 Former violin professor at the University of Michigan School of Music, Theatre and Dance Stephen Shipps has pleaded guilty to the charge of transporting a 16-year-old girl from Michigan to New York for sex in several instances in 2002.

68-year-old Shipps was originally arrested for an additional charge of child exploitation of the same victim, which has now been dropped in a deal with the prosecutors. He faces six years in prison, a reduced sentence from the possible 15 years. He will be sentenced in February.

Acting U.S. Attorney Saima Mohsin stated, ’I commend the brave young woman who stepped forward and exposed Shipps’s abuse. This case proves that the passage of time, no matter how long, will not deter us from bringing to justice those who prey on our most vulnerable’

From 1989 to 2019, Shipps was employed as a violin professor by the University of Michigan School of Music, Theatre and Dance. He was also director of the String Preparatory Programme, which offered coaching to young musicians, and served on the faculties of Indiana University, the North Carolina School of the Arts, the University of Nebraska – Omaha, and the Banff Centre in Canada. He also taught students at summer music programmes in the Czech Republic, Germany and the United Kingdom. Following publication of his sexual misconduct in the university’s paper the Michigan Daily, Shipps was placed on leave in December 2018. He retired from the University of Michigan in 2019.