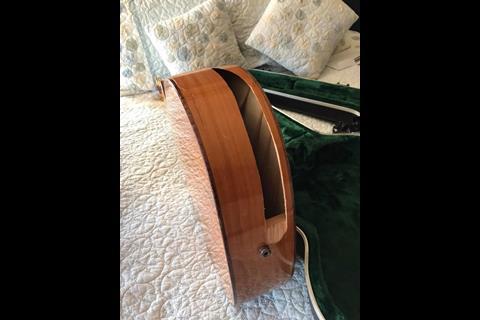 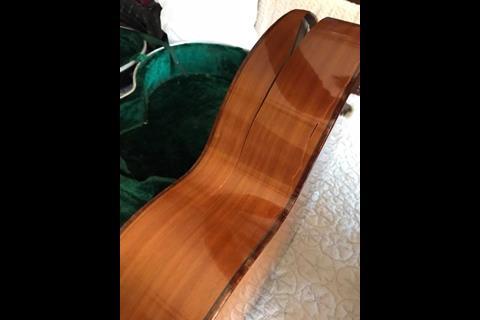 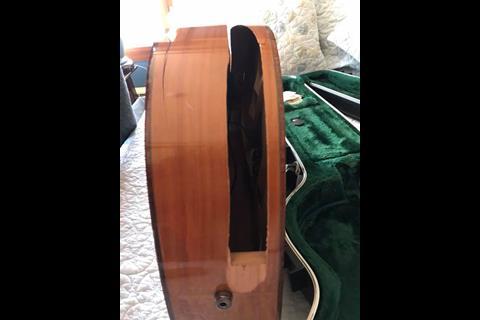 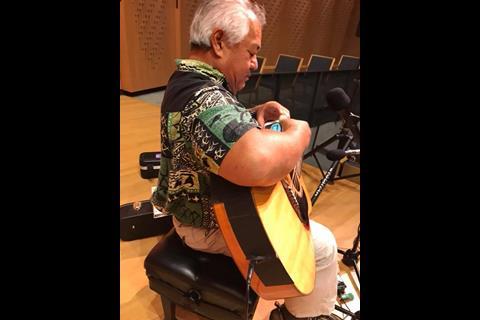 These photos of damage to a guitar reportedly sustained during an American Airlines flight is strong reminder of why players of valuable instruments refuse to let them out of their sight.

It is worth noting that an average conservatoire level violin will likely cost as much or more than even the finest hand-made professional guitar, due to differences in the complexity of construction; plus there is no guitar equivalent to the astronomical values of antique violins.

The photos were posted by Gao Hong, a chinese instrument specialist on the faculty of Carleton College, Minnesota, who had invited Hawaiian musician George Kahumoku Jr to give a lecture. Kahumoku, known as ‘Uncle George’, is a four-time Grammy Award winner and one of the premier exponents of the Hawaiian slack key guitar style.

Hong wrote: ‘Uncle George’s slack key guitar was broken by American Airlines during his flight from Philadelphia to Minnesota today.

‘He had to use duct tape to temporarily fix the guitar to give a lecture to my students at Carleton.’

Hong, who specialises in the pipa, a Chinese pearshaped lute, noted that she had also been a victim of airline handling, writing that ‘In the past 23 years, three different airlines have broken three of my pipas.’