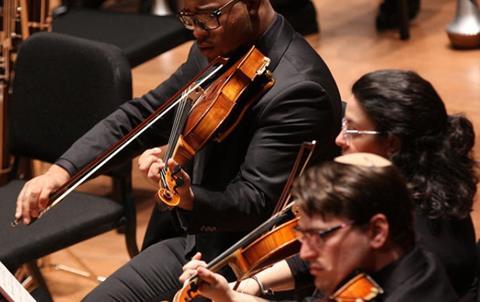 Damian Woetzel, president of the Juilliard School in New York, has named Adam Meyer as provost (senior academic administrator) beginning on 1 July 2020. Meyer succeeds Ara Guzelimian, who steps down in July following 13 years as the School’s provost and dean.

Meyer, a violist and alumnus of Juilliard, joined the administration in 2011 and currently serves as the director of the music division and deputy dean of the college. He has led collaborations between Juilliard and National Sawdust, Sphinx Organization, the Royal Academy of Music and the Sibelius Academy; he has also contributed to the forthcoming launch of Juilliard’s new branch campus in Tianjin, China, supporting curriculum development and hiring the resident faculty. He has since 2008 served as the dean of students for the Perlman Music Program, a role he will relinquish in the summer. He is also on the faculty of the New York Youth Symphony Chamber Music Program. 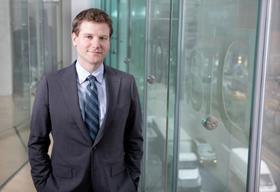 Woetzel said: ‘Adam brings with him a profound dedication to excellence and to supporting faculty and students with a caring expertise that inspires trust and underlies his demonstrated leadership. He has shown the ability to move forward important new initiatives emphasizing creativity and inclusivity while maintaining and reinforcing the core strengths that are the hallmarks of Juilliard.’

Meyer said: ‘I feel very fortunate to be an alum of this school and to have been a part of its administration for the past nine years. I am continually inspired by the unparalleled excellence of our young artists, and motivated by the dedication and brilliance that defines our faculty and staff. As I take on this new role, I look forward to partnering even more closely with President Woetzel and the entire community of students, faculty, and staff to help Juilliard write its next great chapter.’

As part of this transition, Woetzel announced a new expanded structure for the music division, creating the position of dean of that department distinct from the provost role. A search to fill this new position will begin in the coming weeks. Guzelimian will remain at Juilliard in a special advisory role with the Office of the President, and he will also teach during the 2020-21 academic year.