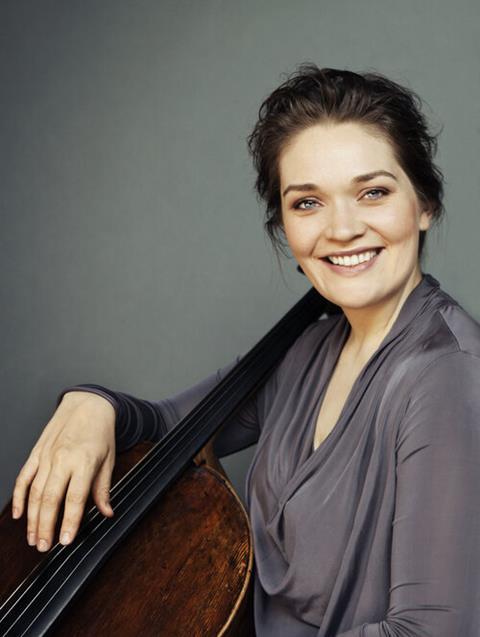 Icelandic-American cellist Sæunn Thorsteinsdóttir will join the faculty of University of Cincinnati College-Conservatory of Music (CCM) on 15 August this year.

Already serving on the faculty of the University of Washington in Seattle teaching cello and chamber music, the Naumburg Competition winner will be joining cellists Amit Even-Tov, Ilya Finkelshteyn and Alan B. Rafferty at CCM.

’Sæunn Thorsteinsdóttir is an award-winning performer and an equally accomplished educator,’ said CCM dean Stanley E. Romanstein. ’She will be a wonderful addition to CCM’s faculty and Cincinnati’s arts community.’

An advocate of new works for the cello, Thorsteinsdóttir has debut many pieces including the US premiere of Betsy Jolas’ Wanderlied and the Hong Kong premiere of Sofia Gubaidulina’s Canticle of the Sun. Thorsteinsdóttir collaborated with Daníel Bjarnason on his award-winning composition Bow to String and fosters a close working relationship with composers such as Páll Ragnar Pálsson, Halldór Smárason, Þuríður Jónsdóttir and Melia Watras.

Her chamber career has included collaborations in performance with Itzhak Perlman, Mitsuko Uchida, Richard Goode and members of the Emerson, Guarneri and Cavani Quartets, participated in numerous chamber music festivals, including Prussia Cove.

Thorsteinsdóttir was the artist-in-residence at Green Music Center’s Weill Hall in Sonoma as well as cellist of the Manhattan Piano Trio. She is currently cellist of the Seattle-based chamber music group, Frequency, and cellist and co-artistic director of Decoda, the affiliate ensemble of Carnegie Hall.

Her recent releases include Vernacular, a solo album of Icelandic music for cello, and the award-winning cello concerto Quake, which was written for her by Páll Ragnar Pálsson.