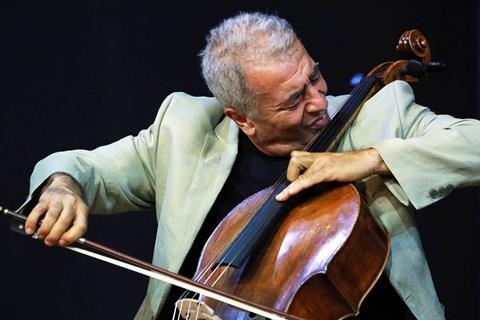 The Armenian-born US cellist Vagram Saradjian has died aged 71. Born in Yerevan in 1948, Saradjian studied for eight years with Mstislav Rostropovich at the Moscow Conservatory, where he earned a masters and a doctorate. Aged 18 he won a prize at the Russian National Competition, following it up with fourth prize at the 1970 International Tchaikovsky Competition in 1970, the year that David Geringas won, and second at the 1975 Geneva International Cello Competition.

Also in 1970 he made his concerto debut with the Kiev Philharmonic, where he performed Dvořák’s Cello Concerto under Rostropovich’s baton.

On moving to the US, Saradjian taught at institutions including the Oberlin Conservatory, Connecticut College and Purchase Conservatory (SUNY) before becoming professor of cello at the University of Houston’s Moores School of Music.

Saradjian premiered works by Alexander Tchaikovsky, Gia Kancheli, Karen Khachaturian, Arno Babadjanian, and Myroslav Skoryk, many of which were written for him. He made several recordings with the Moscow Philharmonic under conductors such as Valery Gergiev and Yuri Bashmet. He played a 1791 cello made by Milanese luthier Pietro Giovanni Mantegazza.