Stoutzker is best known for Live Music Now, the musical charitable initiative he created with Yehudi Menuhin in 1977 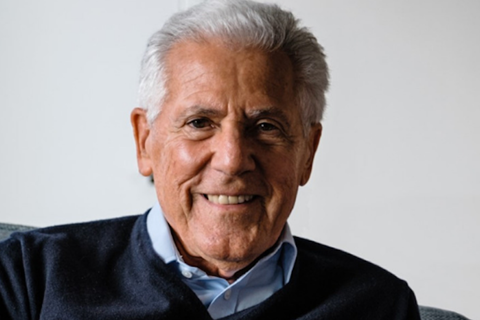 Ian Stoutzker has been awarded a knighthood for his lifelong commitment to the arts and music. Amongst his achievements, he is best known for Live Music Now, the UK-wide initiative that he created with Yehudi Menuhin in 1977 to deliver interactive music programmes to people who rarely have access to live music, in places such as care homes and hospitals.

Live Music Now trains and supports young professional musicians working across all genres of music, to deliver its work based on the latest healthcare and educational research.

The quality of LMN’s work has been recognised by the Care Quality Commission, Royal Society for Public Health and most recently by being shortlisted for the final of this year’s Charity Awards.

Ian Stoutzker commented: ‘Yehudi Menuhin’s experiences performing during the Second World War to the sick, wounded and lonely combined with his abiding concern for the development of our most talented young musicians were the inspiration for the formation of Live Music Now.

We could hardly have imagined that we were embarking on an adventure which would create a charitable and cultural institution at the heart of Britain’s musical life. I wish to take this opportunity to thank all the thousands of people who have been involved in making LMN the great success it is and I know that its work is still as vitally needed as ever.’

Sir Vernon Ellis, Chairman, Live Music Now commented: ‘Thanks to Ian and Yehudi Menuhin’s vision and passionate commitment, LMN has given over 80,000 interactive music sessions for millions of people.

By doing so, LMN has helped change the way that we all think about the arts and the profound impact they have on people. Everyone at LMN is deeply grateful for the incredible legacy he has given this country which has been so deservedly recognised by his knighthood.’