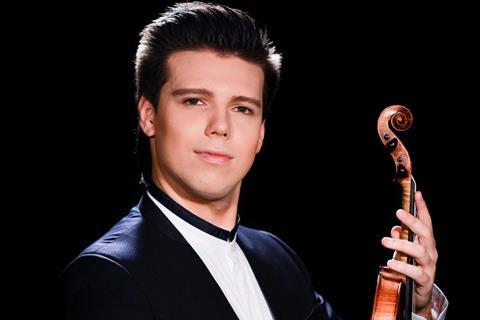 The central German city of Hanover will be transformed into a violin capital from October 11th, when the 10th triennial Joseph Joachim Violin Competition is opened by the Stiftung Niedersachsen foundation.

The competition, which takes place over 16 days at the University of Music, Drama and Media and the NDR Landesfunkhaus, will see 33 musicians from 15 different countries competing over five rounds for a total prize fund of €140,000 as well as a range of non-monetary prizes. Previous winners include Frank Huang, Nemanja Radulovic and Antje Weithaas.

The first three rounds will feature solo and duo repertory, with pianists Natsumi Ohno, Melanie M. Y. Chae, Thomas Hoppe, Boris Kusnezow, and Rohan De Silva playing alongside the competing violinists. The semifinal round will feature performances of the contemporary commissioned work Hauch by composer Rebecca Saunders. Then the competition will wrap up with a performance of a violin concerto, accompanied by the NDR Radiophilharmonie under the baton of chief conductor Andrew Manze.

There are also some new features this year, including a session where competitors who advance to the finals will perform in a string quintet as leader, along with the Kuss Quartet.

As the winner of the previous competition, violinist Sergey Dogadin opens proceedings on October 11th with a performance  Niccolò Paganini’s Violin Concerto No. 1, and a prize winners´ gala concert will bring events to a close on October 27th.