Is this a true portrait of Stradivarius? 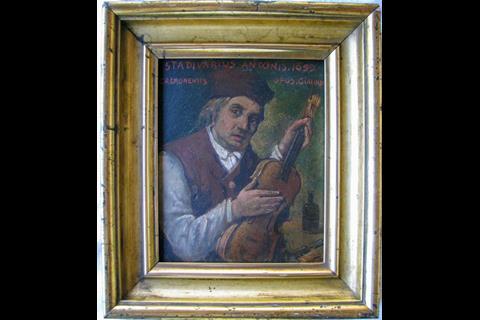 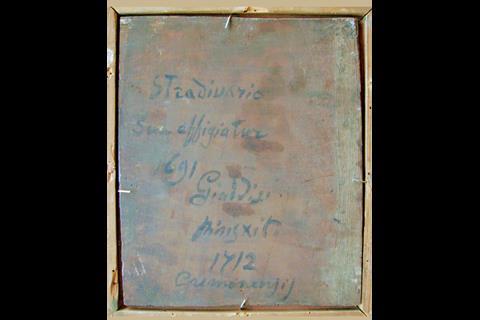 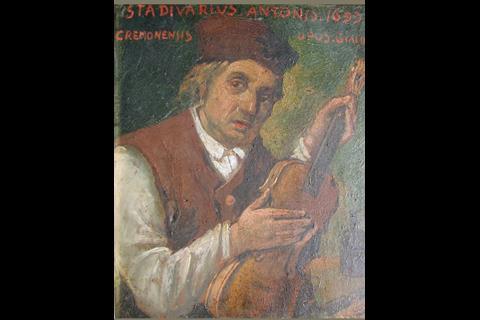 A portrait of Antonio Stradivari shown in public for the first time at the Museo del Violino in Cremona is staking a claim to be a true likeness of the great luthier.

Other more familiar depictions of Stradivari were all painted after his death and are Romantic impressions rather than portraits as such. The Museo del Violino’s curator Fausto Cacciatori has hailed the discovery as a important addition to the research.

The painting belongs to an Italian musician and art collector who noticed it at a gallery auction of the collection of the Italian painter Riccardo Galli. The owner has told The Strad that multiple experts, including the Museo del Violino’s team, have confirmed that both the painting itself and the board it is painted on can be dated to between the end of the 17th century and the beginning of the 18th.

The Latin inscription on the reverse is particularly significant, as it appears to be contemporary to the creation of the painting itself. It records that it is a copy made by the Cremonese painter Gialdisi in 1712 of a 1691 original – or possibly that the 1691 original was by Gialdisi with the 1712 copyist unamed.

The Gialdisi name is particularly interesting because it connects this portrait to others attributed to the same painter: a medallion on card in the collection of Pietro Anelli and a small canvas mentioned by Eugenio Moreni in an essay from 1981. There is also a known oil on board potrait, also signed Gialdisi, depicting a luthier of the Amati family.

There is also the suggestion that the use of the Latin dative ‘Stradivario’ rather than nominative ‘Stradivarius’ may even suggest the painting was commissioned by Stradivari or given to him.

The red inscription on the front is more mysterious. The paint is a later addition and both misspells Stradivarius as Stadivarius and the date as 1699 rather than 1691.

The portrait was first exhibited as part of the ‘Cremona Reunion’ exhibtion which opened on 21 September.