More than 200 stringed instruments have been mended, and 30 built from scratch, in the innovative scheme 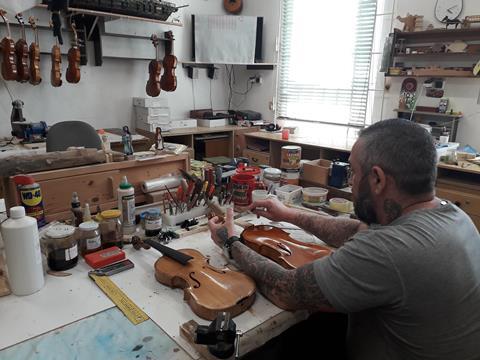 A prison in the Czech Republic has created a scheme whereby inmates can build and repair stringed instruments to be used by the country’s schoolchildren. Organised by Pavel Staněk, formerly a cellist with the City of Prague Philharmonic, the initiative aims to give the prisoners of Odolov Prison a focused activity during their time behind bars. On 9 June, eight instruments from the prison were donated to a school in Hlinsko, the latest achievement in a project that has seen more than 200 instruments repaired and 30 made from scratch since its beginnings in 2009.

‘The coronavirus pandemic period did not favour many activities. Visits from close people, as well as the employment of prisoners outside the premises, were banned for months,’ the organisers said in a statement. ‘It became more important than ever for meaningful activities to continue, to keep their hope alive. Our unique project of manufacturing and repairing stringed musical instruments never stopped.’

According to Staněk, inmates who leave the prison having spent time repairing instruments typically are not returned to the institution afterwards. The institutions benefiting from the scheme are ‘art and music’ schools, which offer extracurricular after-school activities such as music, painting and dance.

Read: In numbers: the cost of maintaining an instrument during the course of a career