Dalia Stasevska to become conductor with the BBC Symphony 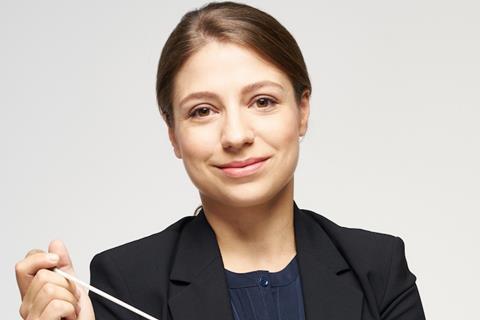 Dalia Stasevska has become the first woman ever to hold a conducting position with the BBC Symphony Orchestra. The 34-year-old Finnish musician has been appointed as the ensemble’s first principal guest conductor, a role that has been vacant since 2006, but which was previously filled by Jiří Bělohlávek and Sakari Oramo, who both went on to become the ensemble’s chief conductor. She has only been conducting for four years.

Born in Kiev, Ukraine in 1984, Stasevska moved to Finland at the age of five, and started studying the violin when she was 10. She then went on to study at the Sibelius Academy in Helsinki, where she was surprised to see a fellow female student conducting the orchestra.

‘Then I basically just found some kind of courage in myself and asked [Finnish conductor] Jorma Panula, “Could I try that too?’’ she told the BBC. ‘And he wrote a number on the back of a shop receipt he had in his pocket, and said ‘call me’. And that was the first masterclass I took.’

Paul Hughes, director of the BBCSO, welcomed Stasevska to the company, saying: ’She will bring an extraordinary musicianship that speaks directly from the heart to musicians and audiences alike, and her appointment ushers in an exciting new chapter in the orchestra’s life.’

Stasevska gives her first performance with the orchestra in her new role at the Proms this July.

‘From when we first met in May 2018, I felt directly a mutual connection with the musicians,’ she said in a statement. ‘The BBCSO is a very inspiring, energetic orchestra with a huge range of colours in its sound, and I am looking forward to working together over the next few years, exploring a wide range of music.’