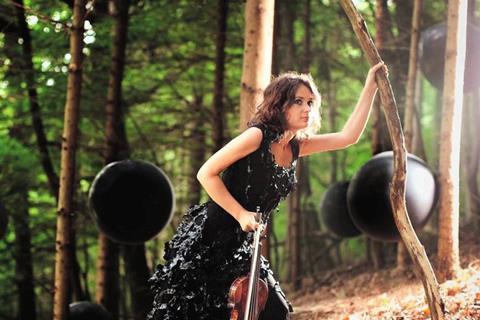 The 60th Grammy Awards released its full list of nominations for the ceremony on 28 January.

In the ‘Best Chamber Music/Small Ensemble Performance’ category, Patricia Kopatchinskaja is nominated for her Death & The Maiden album with the Saint Paul Chamber Orchestra on Alpha Classics; and Augustin Hadelich with Joyce Yang for their album of music for violin and piano by Franck, Kurtág, Previn & Schumann (Avie Records).

In the ‘Best Classical Instrumental Solo’ category Steven Isserlis is nominated for his recording of Haydn Cello Concertos with the Deutsch Kammerphilharmonie Bremen under Florian Donderer on Hyperion; as well as Frank Peter Zimmermann for his recording of the two Shostakovich Violin Concertos with the NDR Elbphilharmonie Orchester conducted by Alan Gilbert (on BIS).

Jennifer Higdon’s Viola Concerto, as recorded by Roberto Díaz with the Nashville Symphony for Naxos, has been nominted in the ‘Best Contemporary Classical Composition’ category.