The 5-year contract includes a cumulative 13.25% increase in current salaries 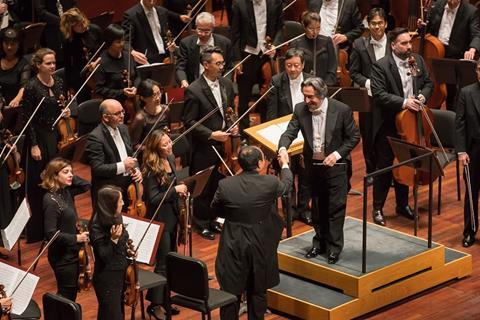 Having approved a new contract, the musicians of the Chicago Symphony Orchestra are set to return to work after a nearly seven-week strike, the longest in the ensemble’s 128-year history.

The Chicago Federation of Musicians voted unanimously on Saturday to approve the five-year deal, which  was brokered with the help of Chicago’s mayor, Rahm Emanuel, who had called the players’ union and the orchestra’s management to his office on Friday to try to break the deadlock.

About 100 musicians had been on strike since March 11, the main sticking points being pensions and wages.

The orchestra’s management had said that the existing pension plan, which guaranteed the players a set amount in retirement, had become too much of a financial burden. But the players responded that the proposed alternative, which would require the orchestra to put a set amount of money into individual retirement accounts, would shift investment risk to the musicians.

In the end the orchestra’s management promised that when current players transfer over to the new defined-contribution plan and agree to invest their retirement accounts prudently, the orchestra will guarantee that their benefits at retirement will be the same as what they would have earned under the old pension plan. However, all new employees starting from July 1, 2020, will go directly to the new defined contributions plan.

The contract also includes a cumulative 13.25% increase in current salaries.

In a statement Helen Zell, the chairwoman of the orchestra’s board, said that the new agreement ‘ensures that the musicians receive the outstanding compensation they deserve’ while securing the orchestra’s ‘long-term financial sustainability through the retirement plan transition.’