Violists and piano trios among players honoured in Munich 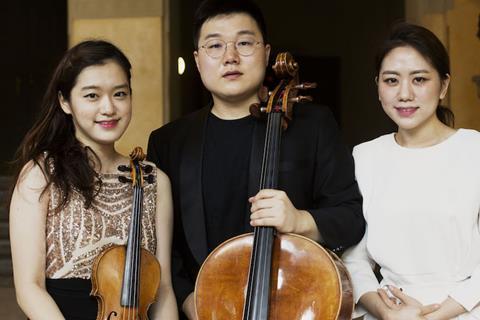 The winners of the 67th International ARD Music Competition have been announced at the Herkulessaal in Munich, Germany, with prizes awarded for viola, piano trio, trumpet and voice.

Chinese violist Diyang Mei took home both the first and audience prizes, of €10,000 and €1,500 respectively, for his performance of the Bartók Viola Concerto with the Bavarian Radio Symphony Orchestra conducted by Joseph Bastian. Mei, 24, is a student of Hariolf Schlichtig at the Hochschule für Musik und Theater in Munich.

No second prize was given, though the Lux Trio also won the Audience Prize and the prize for the performance of the commissioned work. All three groups were required to play the Kammersonate by Hans Werner Henze and one of Schubert’s two piano trios. The jury of Vincent Coq, Jens Elvekjær, Stefan Mendl, Sølve Sigerland, Tanja Tetzlaff and Quirine Viersen was chaired by Amiram Ganz.

Russian mezzo-soprano Natalya Boeva won the voice category, while Selina Ott, from Austria, became the first woman in the history of the competition to take home the top prize for trumpet.