‘Then she takes out a second phone, and a power bank … I’m totally out of the flow, ’ violinist tells the New York Times 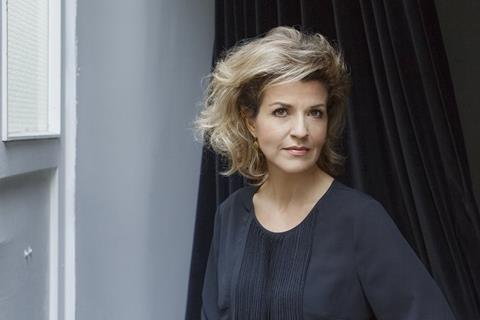 There has been extensive coverage internationally following a concert two weeks ago in which Anne-Sophie Mutter interrupted her performance to admonish an audience member who was filming her on a mobile phone.

The German violinist was playing the Beethoven concerto with the Cincinnati Symphony Orchestra on 28 September and had reached the second movement Larghetto when she stopped playing and demanded the audience member, a young woman, put away her phone. Initial reports suggested the audience member attemped to fend off the violinist’s complaint, but subsequently eye witnesses have noted that she was mortified and apologetic before being escorted out by the orchestra’s president to applause from the audience.

Although many supported the violinist’s stance, there were plenty of voices on social media who felt she went too far in publicly shaming a member of the audience who may simply have been inexperienced.

Mutter has now given her side of the story in comments given to the New York TImes over the weekend. She said she was distracted by the woman’s phone in the first movement, but some ‘stern looks’ seemed to have succeeded and the phone was put away.

‘The first movement is over, and I’m trying to concentrate and stay calm,’ Mutter told the New York Times. ‘Then she takes out a second phone, and a power bank. I continued the second movement, but it’s already boiling in me. I’m totally out of the flow.’

Saying that she felt her rights and artistic property were being violated, Mutter commented: ‘As an artist you take such care when doing a recording — that you have your own sound engineer, that the mics are hung in the right spots. The sound is a part of you, you want your voice replicated in a way that really represents what you have worked on for an entire life.’

See the full article in the New York TImes here, which takes a broad look at ‘theatre etiquette in the digital age’.