Violinist recognised for artistic and philanthropic activity by grant-giving body 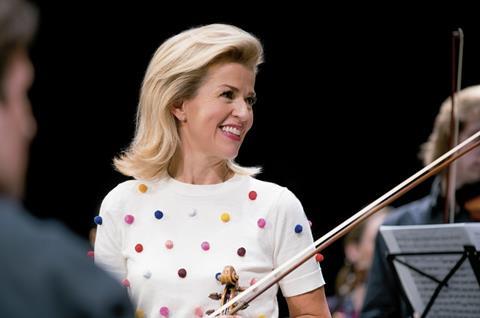 Anne-Sophie Mutter was named as the recipient of a cultural award of the Bavarian State Foundation (Bayerische Landesstiftung) at a ceremony in the Knights’ Hall of Nuremberg Castle on Tuesday.

The total $30,000 prize pot was shared with poet and writer Eugen Gomringer and Nuremberg’s Theater Pfütze. The commendation noted that Mutter not only possesses rare musical ability as a violin soloist but is also involved in a number of philanthropic and artistic projects, from charity concerts to developing the career of many musicians through the Rudolf Eberle Foundation and later the Anne-Sophie Mutter Foundation.

Mutter, has recently released a recording of the Trout Quintet featuring three former scholarship holders of her foundation along with pianist Daniil Trifonov