The 31-year-old LA Phil violinist and Street Symphony founder is one of the 2018 recipients of the $625,000 no-strings-attached award 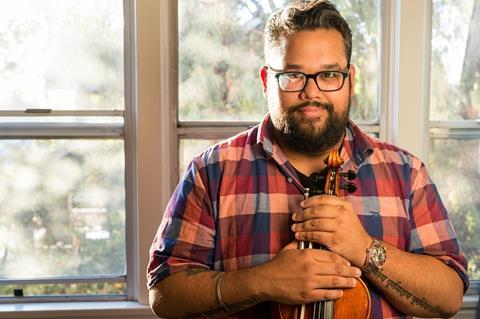 Violinist Vijay Gupta has won a 2018 MacArthur Fellowship, popularly known as a ‘genius grant’, for his work with Street Symphony.

The fellowship from the MacArthur Foundation is ‘for individuals who have shown exceptional creativity in their work and the promise to do more’, and comes with a $625,000, no-strings-attached grant.

The citation by the foundation describes Gupta as ‘a violinist and social justice advocate providing musical enrichment and valuable human connection to the homeless, incarcerated, and other under-resourced communities in Los Angeles’.

Gupta was a child prodigy who made his solo debut at age 11 with the Israel Philharmonic Orchestra under Zubin Mehta. He joined the Los Angeles Philharmonic at the age of 20 in 2007 and has been a guest concertmaster with the LA Opera and the Philharmonia Orchestra in London.

‘After joining the Los Angeles Philharmonic as a young violinist,’ the MacArthur Foundation citation notes, ‘Gupta began to give lessons to Nathaniel Ayers, a Juilliard-trained musician whose mental illness led to homelessness. This experience motivated him to play for the homeless and mentally ill living on Skid Row, an area of concentrated poverty and homelessness in downtown Los Angeles and, eventually, to cofound the not-for-profit Street Symphony.

‘Street Symphony harnesses the power of the arts to foster social connection and support. Along with nearly eighty musicians he has recruited from the LA Philharmonic and elsewhere, Gupta and Street Symphony present regular monthly programs of live musical performances at shelters, county jails, and treatment and transitional housing facilities. Street Symphony also offers musical education through workshops and its recently launched Fellows Program, which pairs emerging artists from local universities with talented individuals from Skid Row for a year-long instruction program.’

The citation also notes that ‘Gupta’s model of outreach to marginalized individuals in places that offer other social services and his strategy of generating musical projects through extended engagement and by forging interpersonal relationships has begun to inspire other performing groups in the Los Angeles area to be more socially conscious.’