New advice for musicians travelling in and out of the UK 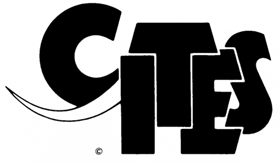 Musicians travelling in and out of the UK after 29 March need to be aware of the potential changes at border control, particularly in the event of a ‘no deal’ Brexit.

This was the advice given at a meeting of the CITES Sustainable Users Group (CSUG) in London on 12 March. In particular, musicians carrying items containing CITES-protected materials such as ivory should know:

• Dover, Holyhead, the Eurotunnel and Eurostar will not initially be able to act as ports with regards to CITES. Other routes would have to be used for the foreseeable future. A list of CITES-designated ports of entry and exit can be found here

• Once Brexit has taken place, musicians will need a musical instrument certificate (MIC) to travel into or out of the UK , but since a ‘no deal’ on 29 March is still a possibility, they must be prepared to have paperwork that complies with such an outcome if they are out of the UK on that date.

For example, an orchestra travelling via Dover on 29 March, playing abroad that evening and returning the next day, would need to re-book their instrument lorry to come back via a CITES-designated port. Since this will likely entail a delay in the instruments arriving back, any of those musicians who have concerts on 30 March would likely need to cancel them.

• According to the UK Border Force, CITES regulations will be enforced at all ports, with any ivory-containing items without the proper documentation potentially being confiscated.

Further advice can be found on the Musicians Union’s Brexit advice hub.

‘Regardless of the way Brexit happens, I suspect it is likely that all musicians with ivory will need MICs to be able go in and out of the UK, just as they do for the US,’ said Peter Beare of the Entente International des Luthiers et Archetiers.

‘The problem is that people aren’t used to it here, and generally aren’t aware of the issue either. It would be sensible for them to obtain MICs now while the Animal and Plant Health Agency (APHA) is still able to provide them for free.’ The form can be found here and APHA are willing to help answer any questions musicians have when filling out the form.