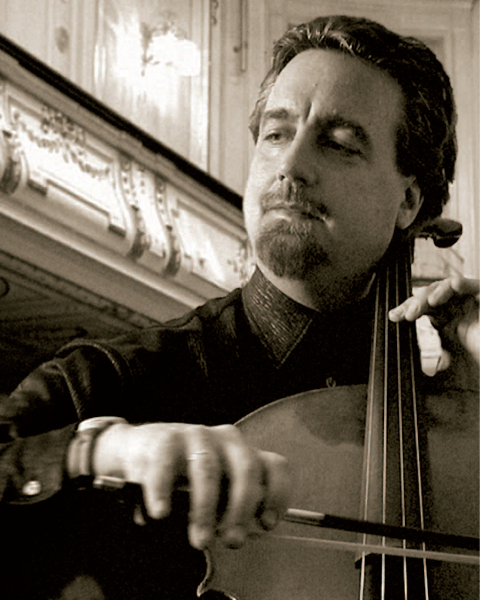 Have you always had back problems?Absolutely not – I’ve been healthy all my life despite paying very little attention to my physical condition. But in summer 1991 my wife Wu Han was touring in Japan and I decided to surprise her by setting up our new apartment ready for her return. As I shifted mattresses I began to notice a pain in my hip, but I just ignored it and carried on. By the start of the Aspen Festival I was having trouble walking. I limped off stage one evening to be met by two men in the reception line who asked, ‘Do you have pain here and here?’ When I said ‘yes’, they looked at me and said, ‘We’re orthopaedic surgeons and you have a slipped disc. Go and lie down right now.’ A friend was having a post-concert party in his condo so I lay on his couch all evening, but when it was time to go home, I couldn’t get up.

I had to camp out in his condo for two weeks. I simply couldn’t move, apart from crawling to the toilet. An MRI scan confirmed I’d ruptured a disc and the doctors said the safest option was to wait it out. My colleagues in the Emerson Quartet carried on without me, playing trios and piano quartets. I gradually got moving again and the first thing I did was go to Japan to play the Beethoven ‘Triple’ Concerto, which was a big jump back into the swing of things. But I used wheelchairs in the airports and didn’t carry my cello, because vertical pressure on your back is not good for the discs.

Did you change anything to help prevent future problems?

No, not at all. I’ve never taken regular exercise like jogging or going to health clubs for two reasons: firstly, I find it boring and secondly, I really don’t have time.

Has the problem recurred?

In January this year I started to notice discomfort in my back and it gradually got worse and worse until I couldn’t move with the pain in my back and leg. I took lots of painkillers but the pain was so intense it was difficult to distract myself, especially at night when I had to groan out loud, feeling like a fool. The doctors couldn’t pinpoint anything obvious to operate on. I researched disc problems online and found lists of doctors’ practices that specialised in correcting botched back surgery, so I decided to steer clear of the operating table. I had X-rays and scans, but nothing specific showed up; apparently the sciatic nerve had got pinched and inflamed. This episode was much more injurious professionally than the first, as I missed a major European tour.

Did you receive any effective treatment for this attack?

As soon as I could get up I went to a wonderful acupuncturist, massage therapist and violinist called Henry Buck. I probably saw him half a dozen times and I credit him with contributing to my recovery significantly, not only by using massage and needles but also talking about my body, how it’s made, what care it needs and where my weaknesses are.

How long did it take you to recover?

By the summer I was feeling well enough to hike in Austria and play tennis in Aspen, but this time I have changed my behaviour: I do not ignore any physical warning signs, not even the slightest one. If I feel a hint of pain or stress in my back I immediately use stretching exercises and anti-inflammatories to ward it off. My favourite stretch is laying my upper body on a high bed or massage couch and allowing my legs to hang down – this pulls the base of your spine apart in a very refreshing way. I’ve also been told that doing Pilates would strengthen the muscles around my spine. Now I’m back in New York I will try some classes.

Do you take any other precautions these days?

A long plane flight is never good for my back and I know to avoid the airlines with the worst seat design. I have bought myself a great car, a 2006 Lexus RX 400h with incredibly comfortable seats – I can drive for five hours and then play a concert with no problems. I also have a carbon-fibre cello case that hardly weighs a thing.

What would you advise someone to do if they have back pain?

Attack it with exercises and anti-inflammatories, but if the pain doesn’t get better, see an orthopaedic doctor straight away. There’s a danger that you’ll cross the line of no return and suddenly find that you can’t get out of bed. If you are a professional facing the possibility of cancellations, you have to do everything you can to avoid being put out of action.

This article was first published in The Strad, November 2009. For more articles on string player health and well-being subscribe to The Strad or download our digital edition as part of a 30-day free trial. To purchase single issues click here.