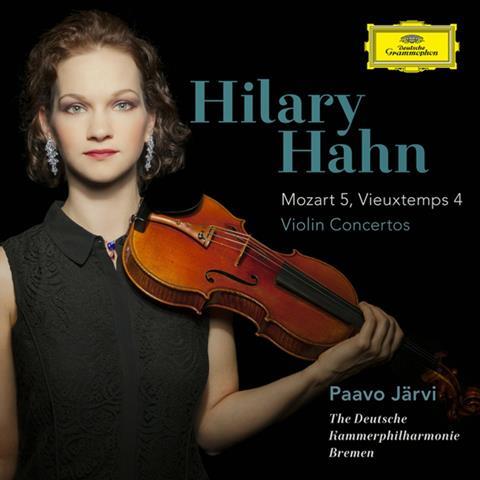 I have always warmed to the ardent and honest playing of Hilary Hahn. In many ways this disc does not disappoint. The Vieuxtemps Concerto is beautifully poised, rich and vibrant; the scherzo brings out the best in Hahn’s wonderfully accurate technique, allied to a real sense of fun, while the outer movements have warmth and charm.

Just how hard it is to pull off a Mozart concerto is proved by the performance on this disc. While the Allegro aperto is lively and the finale is fun (with seemingly obligatory orchestral string-slapping noises in the A minor section), the slow movement is a bit dull. Hahn’s sound can be somewhat unrelieved – there’s the energy of a tight vibrato but there could be a touch more shape. Of course, we’ve become used to Mozart with ‘classical’ performance style in the orchestra, 19th-century cadenzas and 20th-century violin sound; but here, Hahn might have experimented a little more with a delicacy of vibrato to make the overall sound more transparent.

This said, this is an emotive disc, played with fire and commitment, and recorded to the standard one would expect of DG. Recommended.