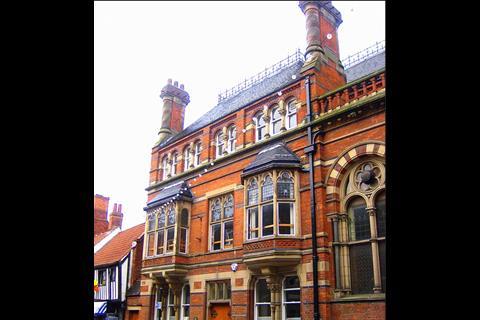 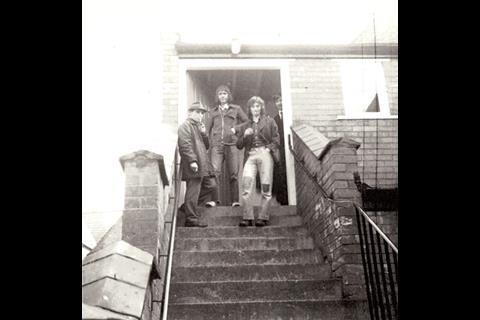 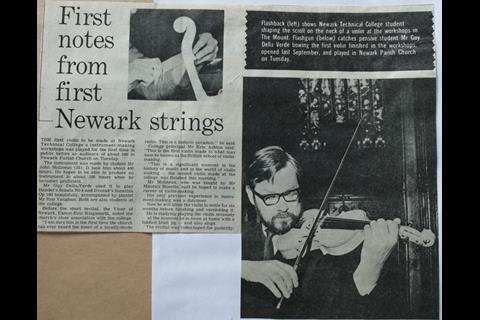 News story on Newark's first violin, made by John Molineux in 1973 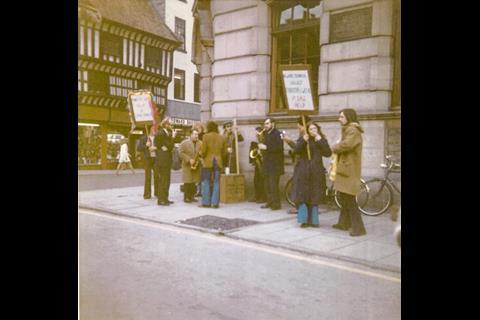 The 1973 College Charity Week. The student with a pipe is Stephen Fawcett 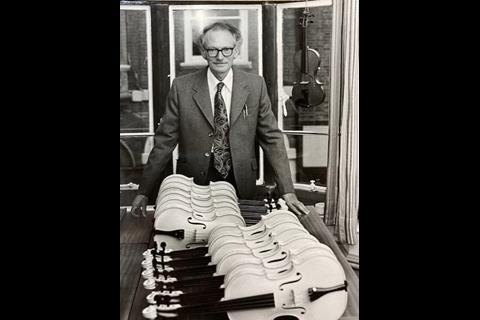 The School's first director Maurice Bouette, with a selection of student instruments 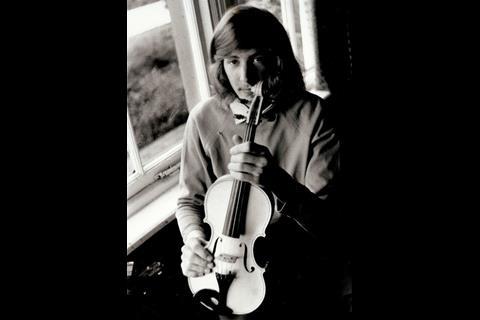 End of the third year since the start of the new school, 1975. Miranda Green, Kevin Wilkes and Elliot Brunton in the new Mount School workshops 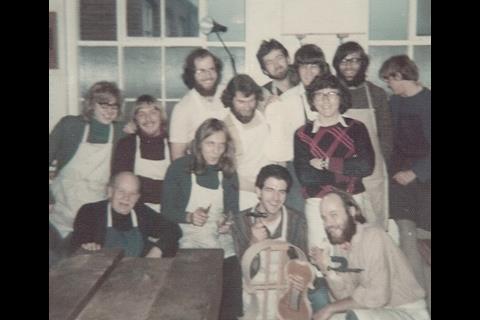 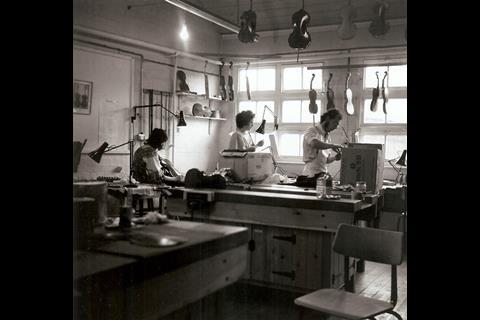 The UK’s Newark School of Violin Making celebrates its 50th anniversary in September 2022. Luthier Adam Whone, one of its very first students, recalls the learning environment he discovered, aged 16, and the three years of tuition at the school

The first ever course at the Newark School of Violin Making began in September 1972. I was one of twelve at the new school and we were a wide-ranging group of characters and ages. Jurgen Baranzek, a young German man, and I were the youngest at just 16, and the oldest was a Mr Nelson who was 60! I heard about the new course through an old family friend who was head of music at a school in the north of England. I suspect that there was not an abundance of applicants as, despite a rather lacklustre interview, I was quickly accepted.

Maurice Bouette, the first director, was a truly wonderful and encouraging person full of enthusiasm – and especially as I was so young (I actually had my 16th birthday two weeks after the course began), he was a very welcome father figure for me at the time. During the first year Wilfred (Wilf) Saunders, the well-known Nottingham maker famous for his violas, also supported Maurice part-time in teaching the students. It was interesting to have these two teachers, who had such different styles and experience, to learn from. In fact Maurice was quite a romantic and we were often allowed during good weather to sit out in the churchyard carving our scrolls!

The original workshop of the violin making school was on the first floor of the old Mount school close to the Parish Church – just one room, as I remember. Beneath us was the piano tuning course and on the other side of the courtyard on the ground floor, the wind instrument course run by Louis Rousseau. The constant background to our lives was the relentless twanging from downstairs. After the first year, the school moved to more spacious workshops in the same old Mount school above the woodwind course, and then later on, to the old Bank in Kirk Gate where it is today.

Memories of my time at the school are a bit hazy, but in the early days much of our time was taken up with making our own tools as well as becoming familiar with the world of violins. Many tools weren’t readily available at the time or were very expensive to buy, and in any case, Maurice, being quite ‘old-school’, expected us all to be proficient in tool making as well as the use of them. The metal and woodwork shops in the main college were ideal places for making our tools, which included brass thumb planes, closing clamps, various crack clamps, knives (including hardening and tempering the steel) and so on.

At the very beginning, we lacked so many things that would be taken for granted now – even proper benches or bench lights. Some of us were driven to make our own Anglepoise lamps using old baked bean tins! It wasn’t until the second year that we were allocated a dedicated varnish room close to the Mount school buildings. Our early dust-free varnish experiments were carried out here, using a simple (but safe) spirit varnish with varying degrees of success.

Apart from time in the workshop, we were expected to attend other classes such as business studies, music history, metalwork and woodwork. We were also encouraged to take lessons in playing a musical instrument since in the end a violin is to be played.

As I remember, from the second year on, the staff was joined by Glen Collins, nephew of William (Bill) Luff the well-known British maker and restorer. Glen had much experience both in new making and restoration learnt from his uncle and we benefited hugely from this. Interestingly, Maurice was also taught by Bill Luff who had founded a long-running evening course that Maurice eventually took over himself. Maurice and Glen were a great double act!

When the first ever violin was finished at the school in 1973 by John Molineux, there was a great celebration with a concert in the parish church on 27 February during which the violin was played – actually by Guy Della Verde, one of the twelve original students who had been a violin (and clarinet) teacher before coming to Newark.

The course was originally only for two years, but it was later realised that three would be better, so we all had the option of a third year. Ten of us left, and I and Peter Gibson (later to work many years for J&A Beare) stayed on for the extra year. We had a choice of making or repair and we both chose repair – which stood us in good stead for our first jobs as restorers in London after leaving the school.

In our ‘down time’, the violin makers tended to frequent the Wing Tavern, while the piano tuners patronised the Queen’s Head in the Market Square. Many happy evenings spent at ‘The Wing’ oiled the wheels of violinmakers’ journeys at Newark.

By the time I left, there had been two years of new students arriving at the course and things were settling down well after the early ‘guinea pig’ stage. We all owe an enormous debt to Newark College, and to Maurice, Glen and Wilf for what they accomplished in setting the scene for everything that followed. It must also be said how much Charles Beare supported the school, and also W.E. Hill & Sons. During the time I was there Charles Beare visited on a number of occasions and not a small number of ex-Newark students ended up working at his shop, or at Hills.

Read: From the Archive: a cello by Glen Collins, ‘The Royal Charles’, 1982