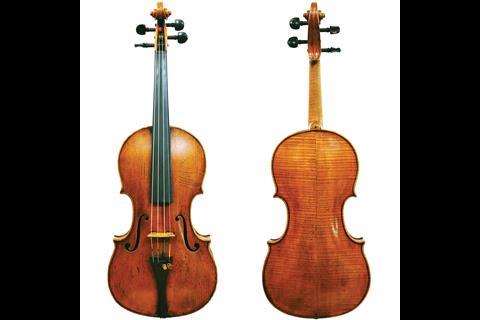 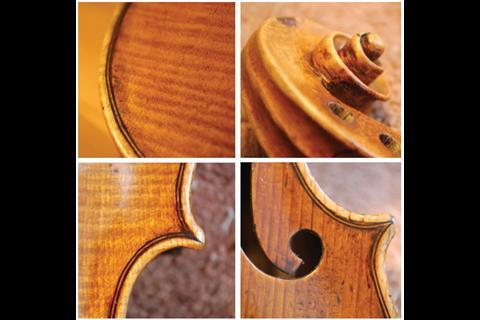 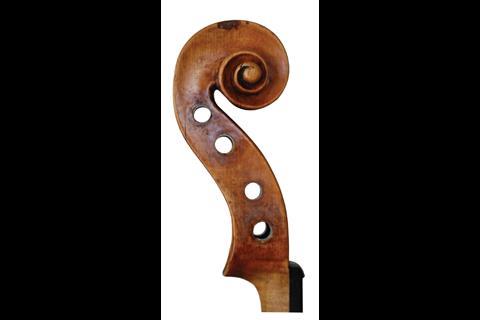 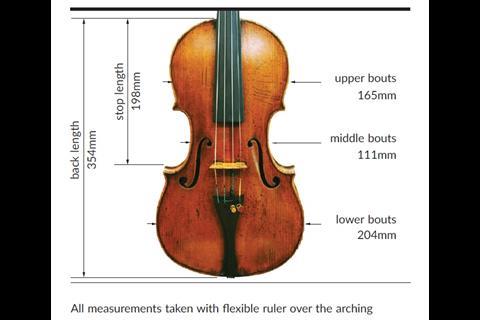 Giovanni Battista Gabrielli (1716–71) is generally regarded as one of the finest makers of the Florentine school, as well as one of its most important: it is likely that most of the prominent luthiers of the next generation in Florence trained under him, and his influence can be seen in their instruments. Little is known of his life, although he is believed to have been a pupil of Bartolomeo Cristofori, whose name appears in a 1680 census of Cremona as a member of Nicolò Amati’s household.

Despite this possible Cremonese heritage, Gabrielli’s instruments – like those of most makers in his time – followed the model popularised by Jacob Stainer. It is known that the Florence-born violinist and composer Francesco Maria Veracini was among those to have played his instruments.

DATE The violin shown here is dated 1753 but dendrochronological analysis suggests the actual date is closer to 1767. The label is handwritten, a common feature of this maker, and appears to be authentic.

MATERIALS Gabrielli’s choice of wood can be stunning, and this is one example. The two-piece back has a very narrow, regular figure, strong grain, and a deep, horizontal flame. In this particular maple there is almost a grid pattern between the flames and the reed lines, a feature sometimes found on the instruments of 18th-century Italian makers.

The two halves of the front are not from the same tree, and have a very different number of year rings. The plates look very similar, however, which may indicate that the maker removed about 30mm of the narrow grain from the treble side before joining them. The ribs are of flamed maple, although from a different source from the back, and the head is plain – a different wood again.

F-HOLES The f-holes are set quite wide apart and follow an Amatise design. The edges are undercut and the nicks are placed 3mm lower than modern standards.

PURFLING The ebony and maple purfling flows elegantly and confidently around the edges of both plates and frames the well-proportioned curves of the instrument gracefully. The deeply cut fluting enhances this effect further.

There are, however, several places where the knife escaped and Gabrielli resorted to filling an uneven purfling channel with wood. The corners end in long central mitres, as are typical for this maker.

SCROLL There often appears to be something hurried about Gabrielli’s scrolls, and he often chose plain maple to facilitate the gouging. This scroll appears to have been widened on the bass side of the head, with the grain slightly at an angle. He seems to have struggled to get his gouge neatly into the smaller turns of the volute, and toolmarks can be seen in this area.

VARNISH The well-preserved varnish is a little browner than that of some instruments by Gabrielli, but it has a great depth, similar to that of old Cremonese instruments, that enhances the beauty of the maple.