From the archive: Violin by Santo Serafin c.1740 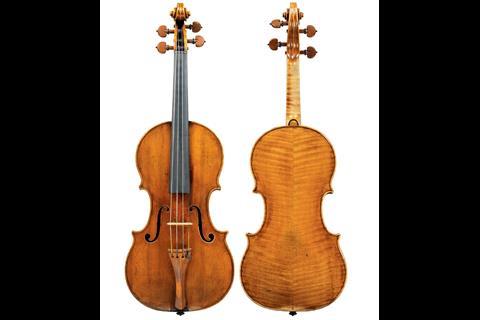 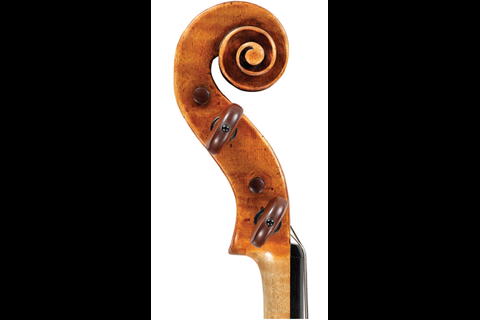 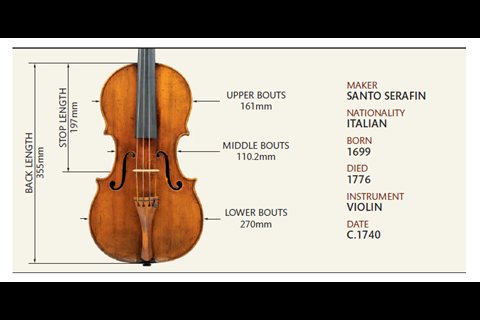 In the January 2013 issue, John Dilworth examined this fine example of the great Venetian craftsman’s work [click + to zoom in]

Santo Serafin was born in 1699 in Udine, Friuli, a town just north-east of Venice where Francesco Goffriller, the son of Matteo, was based from c.1714. Goffriller may have given the impetus for Serafin to move to Venice, which he did in 1717.

His earliest recorded label is dated 1725, but he was not admitted to the guild, whose licence was required by all professional luthiers working under their own name, until 1733. In the same year he established his shop in the Calle dei Stagneri, the area in which all the significant violin makers lived and worked.

From the very beginning, Serafin’s work was distinguished by its consistency and high degree of finish. The only other Venetian who matches him for pure craftsmanship might be Francesco Gobetti, who died in 1723 but could nevertheless have been an influence.Carlo Tononi is also cited as a possible teacher, and there are consistencies in the work of all three.

Independently, Serafin clearly took his mark from the Amati family and Jacob Stainer, whose work was a continuously dominant influence on Venetian making. In 1744 Serafin’s workshop closed, but he remained active up to 1758, and lived until 1776.

What is very striking about Serafin’s work is his insistence on being identified as the maker. He made sure he was known by branding his instruments on the lower rib, printing very ornate labels, and adopting many distinctive ‘signals’ in his workmanship that can be easily read.

Fine materials are characteristic of the Venetian school in general. Here, the deep, regular flame of the back sweeps up from the centre joint, and the ribs are quite precisely matched. Another characteristic is that both the upper and lower ribs are made from one continuous piece, and the C-bouts are set with the angle of the flame reversed, as can often be observed in work by Guarneri ‘del Gesù’.

The brand on the lower rib, with ‘Santo’ above and ‘Serafin’ below the endpin, is a reversed imprint: the letters are raised from the burnt, impressed background.

The head is beautifully preserved and perfectly characteristic in the precision and symmetry of the cutting. In deference to the Brothers Amati, the central raised spine stops neatly short of the volute’s front face, leaving a cleanly worked single concavity down to the throat. The characteristic extended last turn into the eye, however, is a distinctly Stainer-like affectation.

The front is of the very best close-grained alpine spruce, the distinctive sap-line running through the soundholes – a common feature of much classical work, showing that the fresh sapwood, as well as the old heartwood, was used. Woodworkers traditionally believe that new wood should be cleaved off and only heartwood used, but clearly the great Italian violin makers had no such qualms.

The soundholes are Stainer-like, with tapering, fluted wings, and very typically for Serafin, a large lower and small upper eye. They also sit on a Stainer arching form, with a full, slightly square section declining into a deeply cut but narrow-edge flute. Internally, the structure is of softwood, with typically wide corner-blocks into which the linings are mortised, as with most classical work.

The varnish is a pale golden orange, not the deepest red that Serafin sometimes used. It is clearly laid on a carefully burnished wood surface and presents a very smooth, almost liquid texture, with little sign of the grain or figure beneath – again, a characteristic and illuminating feature of this great craftsman’s work.