From the archive: a violin by Santino Lavazza, c.1720 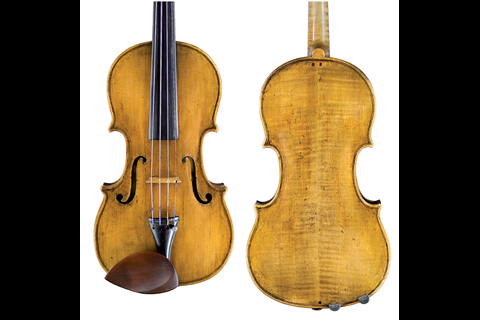 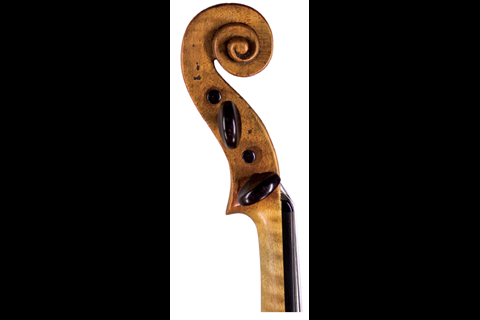 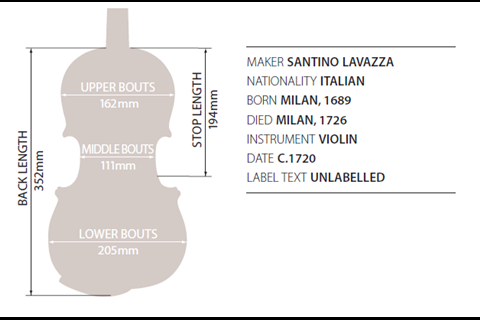 In the January 2007 issue, John Dilworth took a close look at a violin by one of the lesser known Milanese makers of the 18th century

Santino Lavazza is not one of the best known of 18th-century Milanese makers, but he is no less interesting than the more recognisable Grancinos and Testores.

The Lavazza family was established in Milan’s Contrada Larga by 1687, where they were close neighbours of the Grancinos. Santino was born in 1689, the son of Pietro Antonio. According to violin maker and writer Carlo Chiesa, an expert on the northern Italian makers, there was a knife fight in 1708 between the neighbouring families, and Antonio Maria Lavazza was killed by Giovanni Battista Grancino. The incident made life difficult for Grancino, and a hiatus in his work is indicated by the lack of labels dating from 1708 to 1720.

Nevertheless, the violin trade continued unabated – an opportunity perhaps for the many other makers associated with the Grancino workshops to establish themselves. The Testore family was highly prolific during this period, but to judge from surviving instruments and labels, the Lavazzas were not compensated for the loss of Antonio by a surge in business. The work of Pietro and Santino remains relatively rare.

Santino’s style inevitably reflects the influence of the neighbouring workshops. It has been assumed that he was an apprentice of the Grancinos, an awkward situation post-1708 if that were true. But the prevailing Milanese model was undoubtedly set by G.B. Grancino, and was followed by all of the makers there to a greater or lesser extent.

This unlabelled violin, which has the certificate of W.E. Hill & Sons stating it to be from the 1720s, is typical. The scroll is strikingly Grancino-like, with an oval form to the volutes. The arching is low and powerful and particularly full to the edges – very Stradivarian and advanced for the period. The widely set soundholes also recall Stradivari as much as Testore, and the plates are fixed to the end-blocks with prominent pins in the Cremonese manner. The broad purfling is of maple and the interior structure is spruce. The varnish is a slightly thinner version of the rich golden yellow used by Grancino.

Text and photographs by John Dilworth