From the archive: a violin by Niccolo Amati, 1658 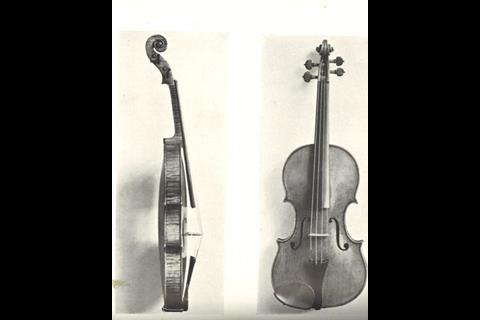 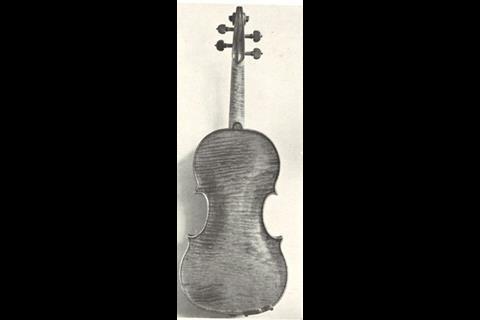 This illustration of a 1658 Niccolo Amati violin was published in The Strad, November 1923. The following text is extracted from an article accompanying the photographs:

This lovely example of Niccolo Amati – at his best – forms part of the collection of fiddles by Captain John Audley Harvey, and is one of a pair made by the master in 1658; so alike in every detail of construction and measurement that they have been aptly christened ‘the twins’.

The backs are obviously cut from the same piece of timber, but in the bellies there is a difference sufficiently pronounced to be readily discernible by a practised eye.

The grain of the pine in the violin figured is narrower than that seen in the belly of its twin brother; indeed, in the case of the former the reeds are as close together as one sees them in  the numberless fiddles of Tyrolese make.

Captain Harvey’s Amati’s are of the maker’s larger and broader pattern, and both measure a bare fourteen inches in body length. Niccolo did make a few of his fiddles a trifle longer than this, but this length is quite exceptional.

The sound holes are of the usual graceful type, and in both cases exhibit the peculiarity, constantly seen in the ffs of this maker.

The varnish is of the customary yellow tinge, mellowed by time into a warm brown of great beauty.