From the archive: a c.1845 violin by Pressenda

Recent research shows that Giovanni Francesco Pressenda worked as a farmer before turning his hand to instrument making. In this article from the April 2005 issue, Alberto Giordano examines a late c.1845 violin 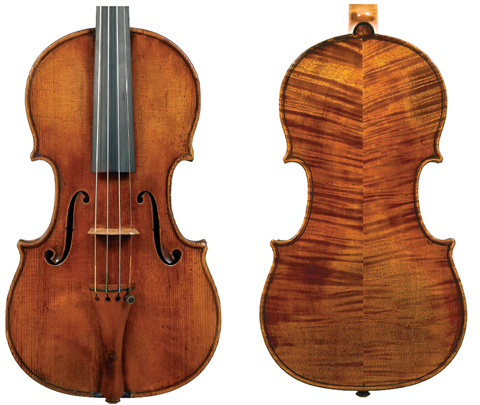 Giovanni Francesco Pressenda was born on 6 January 1777 just outside Lequio Berria, a small village in the hilly Langhe region of north-west Italy. His parents, Anna Maria Boffa and Giovanni Raffaele, were both farmers and his father was also an amateur violinist.

The latest research shows that Pressenda did not, as previously thought, train in workshops of Cremona but was a farm labourer for many years, in spite of his good education. Around 1815 he began a fouryear apprenticeship at the Leté–Pillement workshop in Turin, leaving shortly after the death of the owner, Nicolas Leté, in 1819. It’s not clear what he did next, but by 1821 he had opened his own business.

Pressenda gradually built his reputation with the support of the city’s most famous violinists, Giovanni Battista Polledro and Giuseppe Ghebart, and started producing a steady supply of instruments. During his apprenticeship he seems to have learnt not only how to make a violin but how to manage a shop, as he always collaborated with other makers, including François Calot, Pierre Pacherel and Giuseppe Rocca.

By 1850 the instrument production had dried up and, with no sons or a wife to look after him, he died in poverty in Turin on 12 December 1854 in the care of his neighbours. This violin stands out among the Pressenda’s instruments for its refined classical inspiration. It has no label but it was probably made around 1845, when the maker was an old man. 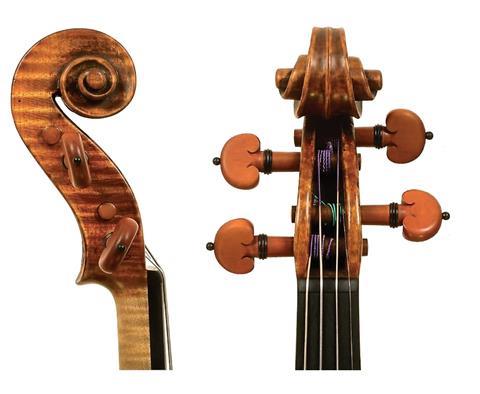 The central blocks are slightly split where they came in contact with the interior mould used to make the instrument. The arching of the belly is quite flat at the centre and descends gently up to the scoop of the purfling. The borders follow the style of Stradivari, while the elongated points of the purfling in the back are a reminder of the French influence on Pressenda during his apprenticeship.

The shape of the f-holes is more mellow than usual. Curiously, the fluting of the lower wings is different on each side: the treble scoop starts from the edge, while the bass shows a border closer to that of Stradivari.

The varnish has an admirable, delicate texture, and ruby-red crystals can be seen on the interior of the instrument where it has penetrated the wood.

This article was first published in the April 2005 issue. Photos: Marco Ricci