From the archive: a 1724 cello by Alessandro Gagliano

In this article from the May 2005 issue, John Dilworth examines a fine 1724 cello by Alessandro Gagliano, founding father of the Neapolitan violin making dynasty 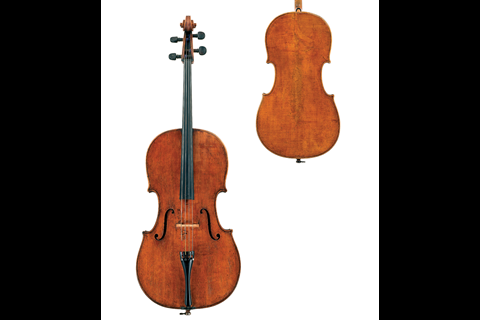 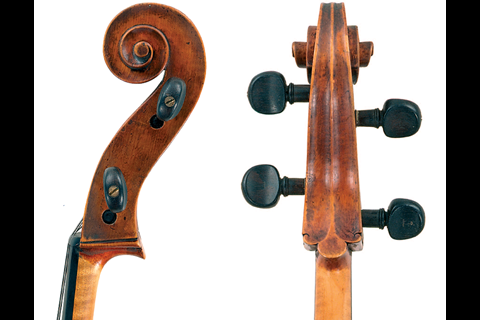 Alessandro was the first of the great Gagliano dynasty of Naples and perhaps the last classical Italian maker to stay true to the northern Alpine origins of his craft. He was active between 1690 and 1740, and his work is always distinctive in detail and decoration, like that of the early Füssen makers. This 1724 cello is a characteristic example.

Generally speaking, Italian cello scrolls have square shoulders set at right-angles to the neck surface, but this distinctive scroll has a trefoil-shaped chin and incised sloping shoulders: Gagliano’s tastes were certainly formed by foreign influence. It is a fine instrument, nevertheless, with all the desirable Italian qualities. The arching is low and strong, if a little pinched, and the proportions are excellent (his violins typically have an overextended stop). The cello has suffered some wear and tear over its 280-year life and the varnish is a little degraded from its original deep-red, although the brilliance of the ground shines through with a dark, amber tone. The back is of conventional quarter-sawn maple in two pieces, but the ribs are of broad-grained slab wood, marked on the interior with a broad-toothed plane iron.

The interior structure is of pine and the large linings are neatly morticed into the blocks. The purfling is made of three strands of poplar and typically pale, and the wood does not absorb the black stain in the outer layers as thoroughly as the more traditional pear. There are doubled pins in the upper and lower blocks, and in the corners. Gagliano did not normally use pins and these were probably added later to secure loose joints in damp and humid climates.

The slender and elegant f-holes are a sign of the maker’s craftsmanship and artistic eye. They sit well in the strongly figured spruce table. A dendrochronological analysis by John Topham reveals that the wood was cut no earlier than 1713 and cross-matches with spruce used by a number of other makers, including Serafin in Venice, Tecchler in Rome and Guarneri ‘del Gesù’ in Cremona. They all seem to have obtained their timber from the same source.